The Coldfire Trilogy is sometimes described as a successful fusion of sci-fi, fantasy, and horror. So what better work to start reviewing on this site?

I will be forthright: By far the most wondrous and intriguing element of this series is the world Celia S. Friedman built. Not really in the details – names are generic, and cities have no character of their own – but in the metaphysics. This is a world where simply thinking about something can bring it into being. This is reminiscent of other fantasy worlds like Solaris, numerous Philip K. Dick creations, and The Wheel of Time’s Tel’aran’rhiod. If you’re the type who has a lot of nightmares, living there probably wouldn’t be your cup of tea: “Erna is a harsh mistress.”

The interrelations between the cognitive and physical realms are mediated by the fae. The fae are a sort of energy current that can be manipulated, or “Worked,” by conscious minds to produce what we might think of as magic. But don’t call it that! For as the main hero of the story points out, “The fae is as natural to this world as water and air were to our ancestorsâ planet.” Nor is it all bad: It can reinforce buildings against earthquakes, and cure wounds (giving faith healing an altogether more literal meaning!). The natural world, as a result, is subject to Lamarckian evolution: “Here, if trees grow taller, the next gaffi calves are born with longer necks.”

As it is now more than a millennium since humans first settled the planet, the concept of a world without fae is hard to imagine. Even though Damien Vryce, the main protagonist, serves a Church that is committed to the extirpation of the fae, he himself reacts to a vision of such a world with terror:

“Explosives fire like a sharp drumroll in the distance, the crack of a hundred pistols perfectly synchronized. He feels a sharp bite of fear at the sound, at the unnaturalness of it. What kind of Working must it take, to make it possible for so many guns to fire successfully, with such planned precision? … For the first time in his life, he knows the rank taste of terror. Not the quantifiable fear of assessed risk, but the unbounded horror of total immersion in the unknown. Guns fire once more in the distance, and for the first time since coming here he realizes why they can function with such regularity. Manâs will has no power hereânot to kill and not to heal, not to alter the world and not to adapt to it. The whole of this world is dead to man, dead to his dreams, impassive to his needs and his pleas and even his fears. The concept is awesome, terrifying.“

This vision was created by Gerald Tarrant, the anti-hero of the story, to evoke fear in Damien. He is a centuries-old sorcerer who escaped death by pledging himself to demonic forces, gaining immortality and great power over the dark fae in return for regularly engaging in murder and feeding off the fear and terror of his victims – hence, his psychological torture of Damien, which the latter agrees to. But Tarrant is also the original founder of Damien’s Church, even if he has long abandoned its ideals (albeit he says it’s not that simple). This makes for an uneasy and tension-filled relationship between the two that looks like it will evolve in interesting directions in the next two books. It is also the main reason that I will continue reading the series to its end.

So why the rather mediocre rating? Plot. Characters. Consistency. It is not entirely clear why Damien became so committed to Ciani in the course of a weeks-long fling that he would literally travel to the ends of human civilization to bring back her stolen memories. Nor do I even recall why she was singled out in particular. The Big Bad’s fortress is originally described as a massive, physically-impossible structure of “naked stone” that “rose up from the earth like a basalt column,” but soon afterwards it becomes a citadel that was like “a jewel, a prism, a multifaceted crystalline structure that divided up the night into a thousand glittering bits.”

The very title of the book is “Black Sun Rising,” but there is only one reference to a black sun that I can recall. And unless it’s a metaphor for Tarrant, I don’t see it leading anywhere:

“In the far north, across the Serpentâs waist, a midnight sun is rising. Black sphere against ebony blackness, jet-pure; a thing that can only be Felt, not Seen. Into it all the light of the world is sucked, all the colors and textures that the fae contains: into the crystalline blackness, the Anti-Sun. He stares at it in adoration and horror and thinks: There, where all the power is concentrated, like matter in a black hole . . . there is the power we need for this quest. Power to shake the rakhlands and make our kill and move the earth besides!“

“With consummate grace, Tarrant walked to where she stood, took her hand in his, and bowed gallantly. Gritting his teeth, Damien was forced to acknowledge the manâs charm. … With a sinking feeling Damien realized just how drawn she would be to the Hunter, and to the mystery that he represented. It would mean little to her that he tortured human women as a pasttime, save as one more fact for her to devour.“

“Itâs all the same power to her. Heâs just another adept. More interesting than most, perhapsâbut that only makes him more desirable. The cost of it means . . . nothing.“

Essentially, the sheer awesomeness of Gerald Tarrant paradoxically cheapens him as a character, especially when he decides to slum it with mere humans. But maybe I am missing something big that explains all this in a later book.

Finally, there is also an ecological and anthropological element to the story. There is “The Forest” that Gerald Tarrant had engineered into existence with the force of his will, his need, and his intellect; sunlight and its solar fae are deadly to a man of the dark like himself, so over the long centuries, he created an entire ecosystem that could thrive without sunlight. There are the rakhlands, home to the rakh, a cat-like species that – under the avalanche of human fears over a rival species – evolved intelligence. The humans tried to exterminate them out of existence, with the result that the rakh retreated to an isolated part of the continent and erected a barrier called the “Canopy” to protect themselves from humankind. In a world where thinking really is existing, the Canopy can be seen as an “extentsion of their communal protection [and of] their need for protection [against man].” We also meet the “Lost Ones,” subterranean-dwelling relatives of the rakh who eat creatures from the above – including their cousins – for sustenance. They are the Morlocks/Falmer of Erna.

Have no illusions: This is not a landmark fantasy series. The characters are forgettable, with the partial exception of Damien Vryce and Gerald Tarrant (although the latter has his own issues). The plot meanders considerably, and is barely discernible in places, like the earth fae over the ocean. I think there are too many points of inconsistency for them all to have been a result of errors on my part as a reader (if so: Apologies. Maybe somebody was stealing my memories when I was reading the book?). There is also one character’s miraculous and unexpected survival at the end that, much like Sherlock Holmes’ faked death, strains the bounds of credulity. I wonder if the author will explain this sometime, or whether its a deus ex machina that will lie buried – unlike the unlikely survivor – to the end.

But it intrigued my just about enough to download the second book. I guess that means that aura of Erna can still draw you in even despite quite significant flaws in execution. 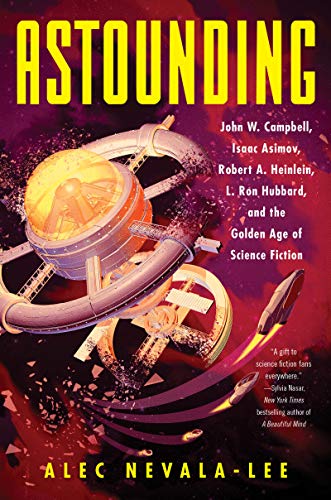 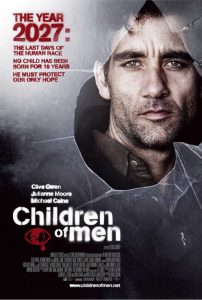 Children of Men
Trevor Lynch
• 8 Comments • Reply
← A Brief Intro to the Navalny CaseReview of Benjamin Schwartz's "In Searc... →
Hide One CommentLeave a Comment
"Review of "Black Sun Rising" by C.S. Friedman"
• One Comment
Commenters to Ignore
Commenters to ignore (one per line)

Save ListCancel
Endorsed Only
Trim Comments?
← A Brief Intro to the Navalny CaseReview of Benjamin Schwartz's "In Searc... →