I don’t have much original to say about it, and what I do have to say has already been said at greater length (e.g. Guillaume Durocher), but still, as the second most important happening last month, it behoves me to make at least a few brief comments.

* There should not be any delusions that the Tories are going to steer Britain in a genuinely nationalist direction e.g. Based BoJo has proclaimed that African immigration will become easier (I’m assuming he isn’t talking about the Boers).

Though given what passes for British nationalism, perhaps that is not such a great tragedy.

* Brexit is nonetheless an important milestone in a people voting no confidence in an elite globalist project (cosmopolitan London and Scots earnestly opposed Brexit, Russian trolls supported it) and actually having their wishes honored.

* An added benefit is that it annoys all the right people: Brussels bureaucrats, SJWs, Guardianistas, globalists from Obama to Soros, East European welfare leeches, Russian liberals…

The only shame is that we won’t see Farage trolling the Eurocrats any more:

* There’s a good chance that Scotland will now agitate for a second independent referendum, which the pro-independence forces are now projected to narrowly win. If that happens, then Northern Ireland’s continued presence in the UK would no longer make much sense either. Nonetheless, I certainly don’t expect BoJo to sanction a second Scottish referendum, so if it goes through anytime soon it will presumably have a purely consultative character.

* Brexit is undoubtedly good for Russia. The EU will lose one of its most stridently anti-Russian voices, and certainly its most powerful one. Even Russian-British relations might improve, considering that the UK will want to avoid falling into too tight into a dependency on the US after its exit from Europe. For instance, it recently okayed Huawei’s participation in building up its 5G infrastructure. Similar considerations may also catalyze a rapprochement with Russia (incidentally, Wizzair recently started up $50 London-Moscow flights). ← Last Stand in MontenegroFaustian Europe →
Current Commenter
says:
Current Date at Time Now
Leave a Reply - Anon comments are not allowed.Â If you are new to my work, *start here*. If you liked this post, and want me to produce more such content, consider *donating*.
Cancel Reply 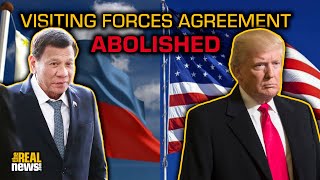