May 26, 2020 saw the death of Jon Hellevig, one of the most interesting and colorful figures at the intersection of the Moscow expat and “Russia watching” worlds. (Before you ask, as it’s topical in the news – no, not COVID-19). The Swedish-Finnish descendant of three Tsarist generals – his great-great-grandfather Gripenberg was a governor of Vyborg province – Jon came to work in Russia during the early 1990s. Several years later, he set up a company, now called Awara, to offer consultation, legal, and HR services to foreign companies seeking to set up shop and employ people in Russia.

In person, he was a fine cook*, conversationalist, and world traveler – not to mention a personal friend.

As a pundit, Jon’s in-depth knowledge of Russian business and economics, which was grounded in personal experience, gave him a solid basis from which to demolish Western media myths about the Russian economy and demographics – something that he performed with enthusiasm and relish. This was how we originally came to know each other, and how I ended up contributing some articles to his 2012 book Putin’s New Russia [pdf], coauthored with Alexandre Latsa (other contributor names that some of you will be familiar with are Patrick Armstrong, Eric Kraus, and Mark Chapman).

Jon also promoted and developed many ideas on politics, geopolitics, and other topics that were often controversial and with which I did not always agree with, but which were invariably well thought out and thought-provoking.

You may peruse his blog archives at the Awara website. Some highlights over the years:

As a based tankie – I do not think he would take such a moniker amiss – Jon was also a champion of the Donbass (and of oppressed peoples around the world). He was “honored” with inclusion in Ukraine’s “Peacekeeper” hit list for having observed the elections in the LNR.

He is succeeded by two daughters, one of whom, Pauline Hellevig, is publicly active as a Finnish nationalist activist. *Jon in the kitchen.

After a couple of decades pause, I am returning to making this absolute piece of culinary art: Blinis in Finnish style, which actually are blinis of the old Russian style.

After the Bolsheviks destroyed Russian culinary traditions (including by burning cookbooks so that people would not know what they went missing), the old pre-revolutionary Russian aristocratic culinary traditions survived in Finland, which used to be a part of the Empire, in form of Russian restaurants that stayed in operation up to these days, and also in family traditions.

The real gem are these blinis served with black or red caviar (red caviar being roe), also with salmon, mushrooms and other ingredients. Unfortunately, in Russian cuisine blinis are not made that way anymore, rather in Russia today blinis are like thin wheat and milk pancakes, the kind of stuff we serve in Finland for kids with sugar and strawberry jam. But that recipe just does not lend itself for gourmet uses.

These Finnish old Russian blinis are based on a sour dough of buckwheat flour and some sour dairy, which must rest overnight. In fact, they remind of what today would be called oladi in Russia. In this tradition the product can be find to a certain extent, but not in what I think is the right recipe, and certainly not served the right way.

You fry them with a butter in a sizzling cast-iron skillet in sizes a bit smaller than American pancakes. They should turn out crispy and porous with a sour slightly tangy flavor (a tone of Roquefort). Before serving you might want to pour on some more melted butter.

In Finland, we love to eat these blinis with fish roe (vendace, whitefish, salmon, trout) and smetana sour cream and chopped onion.

Unfortunately, fish roe is another big problem in Russia. Thing is that fresh roe is nowhere to be found. This problem also goes back to the USSR. Fresh roe does not keep well, goes bad in a day. The Soviet solution was therefore to kill the roe. They can it (with all the chemical preservatives) â and worse yet â they blend it with vegetable oil (sic!), and of course with the traditional Russian overdose of salt. In Finland, roe is slightly salted and just frozen. Keeps wonderfully and tastes as fresh once you defrost it. 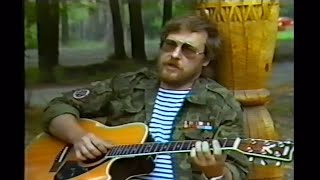