On the last Nation cruise I was on a panel about nuclear proliferation. (Yes, even afloat off Baja California, the liberal conscience is always on guard duty.) Trying to juice up the panel a bit, I remarked that there was one bit of proliferation that seemed to me indisputably okay, which was when the Soviet Union acquired the know-how to make A and H bombs, thus ending the US monopoly on Armageddon, and in my view making the world a safer place. (My position, very shocking to Jonathan Schell, is that every country should have at least one thermonuclear device, if necessary donated by the World Bank along with the “national” flag.)

Nation and MSNBC mini-pundit Eric Alterman was chairing the session. He immediately shed any pretense of neutrality. Was Cockburn, he snarled at the audience, seeing something commendable in the transfer of atomic secrets to the most evil man the world had ever known?

Which shows just how dumb Alterman is, since at least 2/3rds of the audience of Nation seniors, the only subscribers who can afford to pony up for these cruises, were either in the Communist Party or in close sympathy with it. A chill silence greeted Alterman’s ill-mannered interruption and then one old boy piped up angrily and said that it was the Red Army which saved the day for the Allies at Stalingrad. Then Jonathan Schell remarked that my position was identical to that of Sakharov.

Alterman ended up looking silly, and so I wasn’t too surprised when one of the Nation guests sitting next to me at dinner reported Alterman was going around saying I was an anti-Semite.

Now, being called an anti-Semite these days isn’t what it was. The term has got cheapened. As Michael Neumann writes in his brilliant piece on this site, anti-Semitism is “action or propaganda designed to hurt Jews, not because of anything they could avoid doing, but because they are what they are.”

But these days people don’t flourish the charge of anti-Semitism because they’ve heard someone quoting the Protocols or saying that the Jews kill Christian babies. Anti-Semitism has become like a flit gun to squirt at every inconvenient fly on the window-pane. It’s a tool of convenience, used mostly to whack critics of the disgusting conduct of successive Israeli governments and security forces and settlers towards the Palestinians.

Maybe Alterman began to think of me as an anti-Semite after, years ago, I wrote that he was three quarters brown-noser and one quarter cheeky chappie. I came to this conclusion after being invited by the spring-heeled Alterman in his Yale days to go and talk about the press. Since in those days I was the in-house critic at the Village Voice of the policies of the Begin government young Eric knew what he was getting, but nonetheless positively fell over himself with pleasantries as he led me towards the seminar.

These days, at the Nation and on MSNBC he patrols the Democratic perimeter, nipping at the heels of any view over-stepping the bounds of decorous mainstream conversation. The word “Nader” brings an angry flush to his cheeks. “Greens” make him bilious. The cheeky chappie of yesteryear is getting the sour edge that mini-pundits acquire when they realize that mini-pundits are what they are always doomed to remain. When Sharon’s F-16s blew away some kids in Gaza, collateral damage in the effort to kill a Hamas leader, Alterman had this to say on his MSNBC site,

“I don’t know if killing the military chief of Hamas, together with his family, is an effective military measure-as surely someone will rise to replace him and it will make a lot more people angry, perhaps even angry enough to become suicide bombers. It may not bring Israel and the Palestinians any closer to peace or mutual security. But I don’t have a moral problem with it.

“Hamas is clearly at war with Israel. Hamas feels empowered to strike Israeli civilians inside Israel proper and not just on the war zone of West Bank. Sheik Salah Shehada could have protected his family by keeping away from them. He didn’t and owing to his clear legitimacy as a military target, they are dead too…So tough luck, fella.”

Which is presumably what those Palestinian suicide bombers say, as they press the button on their built-in bombs amid a crowd of Jewish kids.

I guess the blatancy of the evictions of Hilliard and McKinney has people like Alterman worried. Suddenly, I’m not just an anti-Semite. I’m shackled to Louis Farrakhan. Here’s what Alterman put up on his site a couple of days ago.

“Rep. Eddie Bernice Johnson (D-Tex.), chair of the Congressional Black Caucus, said that “at the grass roots” among African American voters, there is a growing perception that ‘Jewish people are attempting to pick our leaders…here is some concern about that. It’s concern about any candidate being targeted by a special-interest group for voting on any one issue.’ I think AIPAC et al are being very stupid by targeting black Congressman who don’t vote ‘right’ on Israel. Congress could not be more pro-Israeli if it were taking orders from my (late) bubbe and zeida. One vote, one voice, here or there makes no difference. Because it plays into anti-Jew stereotypes, this kind of heavy-handed financial intervention to pick the winner of a largely African American race is actually a boon to anti-Semites of the black and extremist left-wing varieties. (See under: ‘Louis Farrakhan’ and ‘ Alexander Cockburn.’) What AIPAC et al appear to be saying is ‘We will tolerate no dissent of any kind on Israel in American public life.’ They do Israel and America’s Jews no favor.”

Now, behind the colorful conjunction of “anti-Semitism” with the F word and yours truly’s name, what’s Alterman saying here? That by defeating McKinney, the Jewish lobby is providing fuel for anti-Semites? That therefore it’s a bad thing? Not that it’s bad to defeat McKinney, per se. Merely that it’s a strategical error because then the real enemy can rant and rave about it? It’s not the display of raw power so much as how flagrant the display is? What’s wrong with McKinney’s defeat (so Alterman seems to be saying) is that it reveals how much Congress is controlled by the Israeli lobby.

Sad, no? Here’s Alterman using the term Anti-Semitism to attack people outraged by the way McKinney and Hilliard were driven from Congress, and by the horrible persecution of Palestinians in Israel. It’s a debauch of a term that once meant something awful, a term that once set the milestones to Auschwitz, now bandied about on MSNBC and on a Nation cruise as Eric’s little paint brush.

A final note to Alterman and the Nation’s or MSNBC’s lawyers: Careful how you go here. I’m placing you on notice that though I think Alterman and those like him have cheapened the term almost to meaninglessness, the slur of “anti-Semitism” is still intended as a fatal charge; and so the motivation and rationales for its usage are susceptible of examination in a law court.

(Republished from CounterPunch by permission of author or representative)
← The Attack on Cynthia McKinneyKissinger, Hitchens, Springsteen, Hagga... → 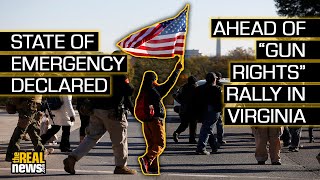