Every major right-wing news site is running the âJoe Biden classified documents scandalâ at the top of their pages, and they will be doing this for weeks or years on end.

This is at the top of Breitbart: 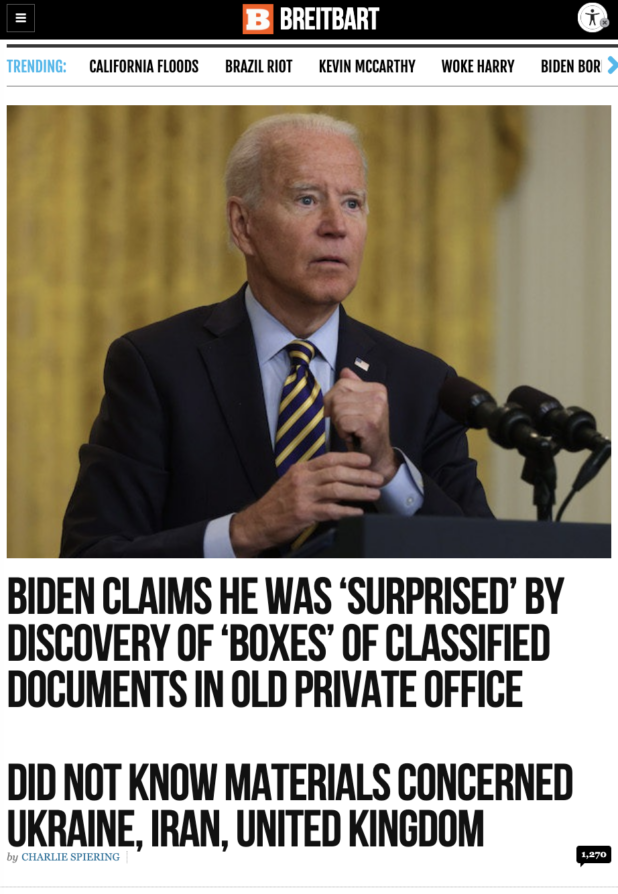 This is what will happen:

Listen: Democrats are hypocrites. They are not held to the same standards, and in fact they do not have any standards. They do whatever they want and say itâs moral, and the Jew media backs them up on it 100% of the time. Conservatives are left looking like whiny babies, sitting there getting âfact-checkedâ like bitches.

The only way to beat the Democrats is to actually fight them head-on. Youâre never going to prove to Democrats that Democrats need to follow the rules. Itâs just not something that is ever going to happen, no matter how long you do this âoooooh â we caught âem this time!â bit.

The real problem is that the Republican leadership refuses to fight. That is the issue. These people, Mitch McConnell, Kevin McCarthy and their squads, do not represent the people who vote for them. They are openly involved in a conspiracy with the Democrats to forward the Democrat agenda. 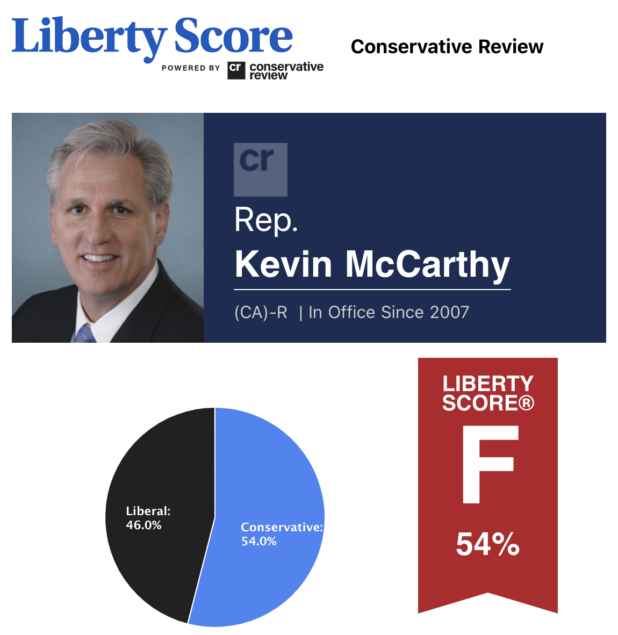 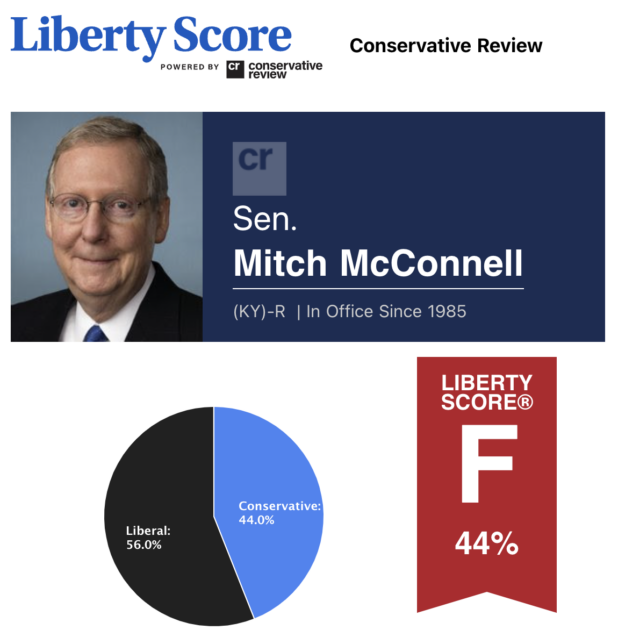 When you go along with these stupid âDemocrat hypocrisyâ scandals, you are empowering these people. They love Hunter Bidenâs crack habit, Joe Bidenâs dementia, and all of the rest of these tired talking points, as it distracts from them. Meanwhile, the Democrats are allies of the fake Republicans, and they know these scandals are never going anywhere (where would they even go?), so they also support them.

Itâs basically a racket, and itâs being perpetrated primarily by Fox News, Breitbart, and other supposedly right-wing outlets, which are primarily run by the Jews.

Iâve basically stopped watching Tucker Carlson after he endorsed so-called âanal marriageâ; however, it must be noted that he is far and above the single most popular right-wing pundit, and his primary focus is (or at least was) on attacking Republican shills.

Itâs why Donald Trump was so awesome during the 2016 campaign, and then became a useless Republican after being elected: during the campaign, he was attacking other Republicans, and after he was elected, he started siding with them.

This is popular. Assuming people are given a 1-1 choice, they will choose to attack Republican shills over the Democrats. However, they are usually never given a choice, because the media is so intent on circle-talking. There is no reason for the rest of the conservative media eco-system to continue to push these drummed-up hypocrisy scandals. Many of the people involved in conservative media actually seem genuine â Iâm right now thinking about Dan Bongino, who Iâve been watching sometimes on Rumble â but the blueprint for conservative media has been the same for many decades and it is very easy to fall in line with the established model.

Whenever Iâve talked about the futility of doing these hypocrisy scandals, Republicans get triggered and start sputtering: âbut the Democrats did that hypocrisy!â

Iâm not saying âwe need to play dirty like they do.â Firstly, I donât really support that, but even if I did, it doesnât matter because the average Republican wouldnât support it. Frankly, most of the Democratsâ dirty dealing are a result of other dirty dealings, and the fact the whole left has such deranged goals. A right-wing Christian movement has no need to play dirty.

We can do integrity or whatever and still win. We donât have to play dirty like they do. All we need is to fight total war against them. Our agenda is much more popular than the âtrannies and endless warâ agenda of the Democrats. There is only like 10% of the country that supports this âwokeâ stuff. The Democrats themselves donât even really support it. Winning should not be hard. The only reason we are losing is that we have leaders in right politics that are traitors, openly collaborating with the Democrats.

Liberal policies are increasingly looking as though they are being dictated by cenobites. https://t.co/DUOHJp4HpU

Not only should Kevin McCarthy not be the House Speaker, he should be impeached. You all witnessed the way the Democrats came out and sided with the Republicans in support of McCarthy. Do you really believe that their primary concern is decorum? Heâs their guy. They like him talking about âbut why does Hunter smoke crack with hookers and a gun???â They like him talking in circles about guns or abortion.

Itâs all a gigantic scam, designed to distract you while the agenda pushes forward. I wouldnât be remotely surprised if Bidenâs people purposefully did this document scandal and then leaked it to the media. It absolutely, objectively benefits them. ← Baked Alaska Sentenced to 2 Months in J...Nonwhite Female Singer Banned from Ever... →
Current Commenter
says:
Current Date at Time Now
Leave a Reply - Comments on articles more than two weeks old will be judged much more strictly on quality and tone
Cancel Reply
Commenting Disabled While in Translation Mode