President Biden and his Chinese counterpart Xi Jinping stressed their responsibilities to the world to avoid conflict as the heads of the two top global economies gathered for a virtual meeting https://t.co/SzOeHXavER pic.twitter.com/YLQTOBQveu

There is zero possibility for the Jewnited Snakes to compete with China. It is simply not a serious proposition.

Most surviving Legacy Americans are addicted to fentanyl, or deep into anus.

Those who remain are being vaxed and aggressively run out of the workforce by an extremist anti-white agenda.

"Taxpayers should not be subsidizing woke racism at America's largest corporations." pic.twitter.com/XvwlrvMSCf

A Far-Left activist in an FWISD Board meeting threatened parents all because they were criticizing CRT. The activist said that he would bring 1000 soldiers and that he will be "lock and loaded" next time. pic.twitter.com/VmqNaQQh10

What the Snakes government has done is the equivalent of taking a star soccer team, shooting everyone in the head, and replacing them with cripples â the day before the big game.

Obviously, the Snakes are planning to use sabotage against China, because actual competition using a line-up of brown people is impossible.

The US and Chinese leaders have held a lengthy virtual meeting on Tuesday, with Joe Biden and Xi Jinping expressing readiness to improve strained bilateral relations and make sure competition doesnât end in conflict.

Biden, who smiled and waved to Xi as he appeared on screen, said that the responsibility of the two was to ensure that âthe competition between our countries does not veer into conflict, whether intended or unintended.â

There should be âsimple, straightforward competitionâ between Washington and Beijing, he added.

This is simply not real life.

Women, black people, and vaxed soymen are not going to compete with traditionalist China. It isnât possible.

It is like saying Mexico and Africa could compete with the America of the 1950s. No, America is a mix between Mexico and Africa, only much gayer and vaxed, and totally run by women and Jews.

Everyone is not equal, and the doctrine that everyone is equal is exposed as a stupid hoax by the Chinese.

Xi also pointed out the need to âincrease communication and cooperationâ between the two nations. He said he was ready to work with Biden to âbuild consensus, take active steps and move China-US relations forward in a positive direction.â However, he stressed that this process must be based on mutual respect.

Despite the cheerful start of the meeting, which was initiated by the American side, there were a lot of difficult issues on the agenda. It came amid growing tensions between Washington and Beijing over US support of Taiwanâs independence push and trade disputes, among other things. The US also claims China is committing human rights violations against the Uyghur population in the Xinjiang region â an accusation Beijing is strongly denying.

Speaking from the Roosevelt Room in the White House, Biden said that Washington believed that âall countries have to play by the same rules of the road,â and insisted that the US âis always going to stand up for our interests and values and those of our allies and partners.â

Seriously, who are we talking about?

Weâre not talking about the American people. If one thing is clear, it is that Joe Brandon hates America.

Is he talking about Haitian immigrants? Trannies? Jews? What?

The comment couldâve been a nod to Taiwan, a self-governed island some 160 kilometers east of mainland China, which Beijing views as its breakaway territory. The US has been committed to the âOne Chinaâ policy since 1979 â and Biden again confirmed it to Xi during the talks â but has also maintained unofficial ties with Taipei, selling it weapons and warning that it was ready to help the island militarily if Beijing resorts to the use of force. China has been angered by those contacts, calling them meddling in its internal affairs.

âWe are patient and willing to do our utmost to strive for the prospect of peaceful reunificationâ with Taiwan, Xi said. However, he reiterated to his American counterpart that China would take âdecisive measuresâ if âpro-Taiwan independenceâ forces crossed a âred line.â

The two leaders had âextended discussionâ on Taiwan, with Biden directly telling his counterpart that Chinaâs behavior had been at odds with stability across the Taiwan strait, a senior US administration official told Reuters. However, he acknowledged that nothing new was established on Taiwan in terms of guardrails during the virtual sit-down.

The White House said that the US leader also raised concerns over human rights to Xi, especially singling out Xinjiang, Tibet and Hong Kong.

Xi pointed out that trade and economic cooperation between China and the US was mutually beneficial and a win-win for the two countries, insisting that such issues shouldnât be politicized. Ahead of the talks, the US officials warned that scaling back US tariffs on Chinese goods wasnât on Bidenâs agenda.

No, of course not. Itâs one of the things he agrees 100% with Donald Trump on. I said this before the election â you will see Biden reinforce the tariffs on China, and continue to refuse to negotiate with Iran, also raising the stakes with Russia.

These people are pushing for a global government, so none of this is really especially difficult to analyze. Itâs all blatant and predictable.

Of course, drooling conservative retards will continue to pretend to be incapable of understanding anything, and continue to manipulate well-meaning Americans into getting on-board with the globalist and analist agenda.

Biden is preparing to kowtow to Chairman Xi tonight

President Biden must not underestimate President Xiâs desire to replace the U.S. as the worldâs superpower. China is threatening us on our own doorstep. Now is the time to double down and make sure our Latin American allies know we have their backs. https://t.co/cVVPYc99FL

Leftistsâ BS climate agenda pretty much eliminated European nuclear, so heading into winter Russia is pretty much their only heating option.

These cocksuckers are demanding that Americans be sent to fight and die for gay marriage in Taiwan.

Biden restates commitment to 'one China' policy on Taiwan in call with Xi a month after pledging to defend Taiwan. 

Biden is not in charge. Actual presidents donât get spanked down when speaking out of turn.

Our nation is in a very dangerous place. https://t.co/U97pxUyo0c

I've said it before & will say it again-corporation in politics & diplomacy doesn't mean ignoring wrongs & atrocities committed. Nations can/do hold myriad & competing interests. If we stay silent on what we believe to be right, we are acting in weakness.https://t.co/kPzxx4UnA5

It just makes you want to smash your head against a wall.

The Brandon plan is to take the already vaxed out, hated, and doomed Legacy Americans and get them to want to fight against the Chinese.

Why would you want to fight for a country that hates you against Chinese people who are indifferent towards you? Why would you ever want to do anything at all for the Jews?

China understands this is all a ruse, and just did the meeting to be polite.

The Biden-Xi meeting comes after a meeting earlier this year in Alaska when the Jewish Secretary of State Anthony Blinken attempted to bully Chinese diplomats, declaring that he would be dictating internal Chinese policy moving forward. China reacted negatively to his threats, telling him he had no right to dictate internal Chinese policy.

It is possible that Brandon is attempting to chill things off with China while he focuses on starting a war with Russia, or maybe Iran â who knows? Itâs those three countries on the list, and they are still involved in the delusion that they can break all three of them using their current human capital of vaxed brown people and fat women. 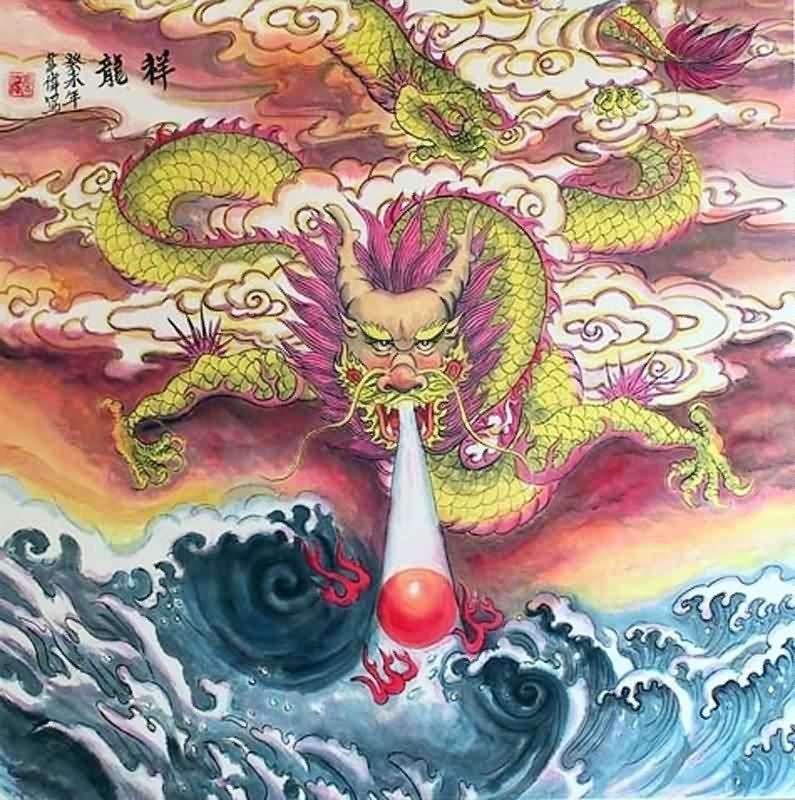 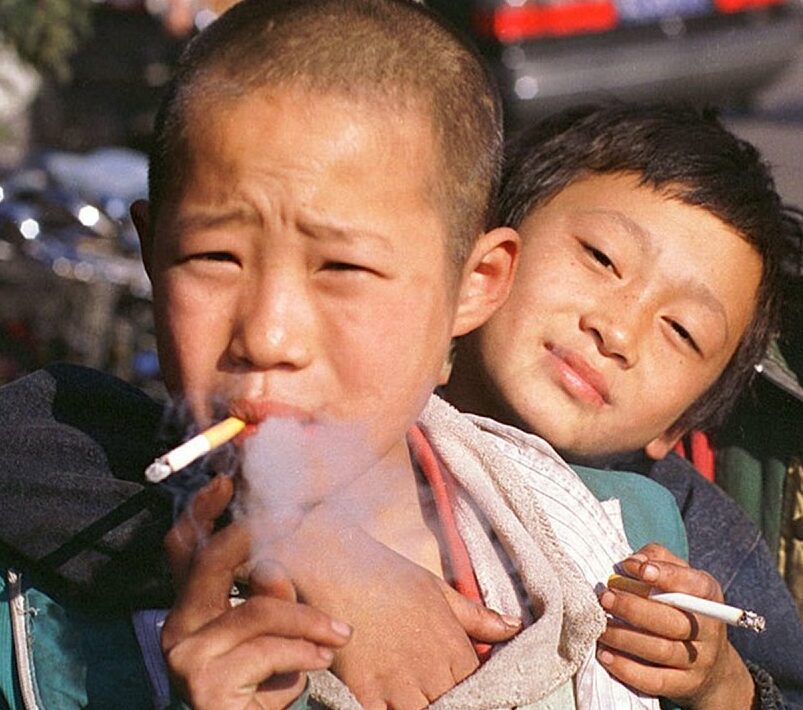 How Is the G7 Going to Counter China When They Donât Even Make Anything?
Andrew Anglin
• 242 Comments • Reply
← The New War on Terror Is a Jewish War A...QAnon Shaman Sentenced to 41 Months for... →
Hide 87 CommentsLeave a Comment
"Xi and Brandon Do Zoom Call, Brandon Says Heâs Going to Compete with China"
• 87 Comments
Commenters to Ignore
Commenters to ignore (one per line)

← The New War on Terror Is a Jewish War A...QAnon Shaman Sentenced to 41 Months for... →
Current Commenter
says:
Current Date at Time Now
Leave a Reply - Comments on articles more than two weeks old will be judged much more strictly on quality and tone
Cancel Reply
Commenting Disabled While in Translation Mode