The biggest threat to our feeble and frail democracy, the most looming danger to the sacredness of our weak values, is a stoned wop who just talks to random people about whatever heâs thinking about at the time.
◄►Bookmark◄❌►▲ ▼Toggle AllToC▲▼Add to LibraryRemove from Library • BShow CommentNext New CommentNext New ReplyRead More
ReplyAgree/Disagree/Etc. More... This Commenter This Thread Hide Thread Display All Comments
AgreeDisagreeThanksLOLTroll
These buttons register your public Agreement, Disagreement, Thanks, LOL, or Troll with the selected comment. They are ONLY available to recent, frequent commenters who have saved their Name+Email using the 'Remember My Information' checkbox, and may also ONLY be used three times during any eight hour period.
Ignore Commenter Follow Commenter
Search Text Case Sensitive  Exact Words  Include Comments
List of Bookmarks

Now, Joe Rogan is embattled in yet another World War situation, this one entitled World War Rogan.

Tucker Carlson had a great monologue summarizing it on Wednesday, for anyone playing catchup.

"Rogan just asks questions & he notes the obvious. It's this last quality that makes the people in charge hate & fear Joe Rogan." pic.twitter.com/veSFwoCBPP

Basically, the entire establishment is now calling for Joe Rogan to be banned from the internet because he had people on his show that youâre not supposed to talk to, and talked about issues youâre not supposed to talk about. Theyâre focusing on the virus and the vaccine, but itâs really just everything â they donât want some normal guy having the biggest platform on earth to just talk about whatever he feels like talking about. That is a threat to democracy (I say that unironically).

I said that when Joe Biden called on âcompaniesâ to shut down people who disagree with his vaxer agenda, he was suggesting Joe Rogan. But then Jen Psaki literally just came out and said âyeah, weâre going to need Spotify to ban Joe Rogan, okay?â

"It's a good step. It's a positive step, but there's more that could be done." pic.twitter.com/AyXo0XMlqn

Rogan in 2020 signed a $100 million exclusive contract with Spotify, a music and podcast streaming service. The demand, from the mass media and the government, is that Spotify ban him from the platform.

In response, Spotify banned thousands of podcasts that were presumably saying the same thing as Joe Rogan. But they canât really ban the guy they paid the $100 million.

But I donât know â Iâm not very good at math. Right now, the media is claiming that Spotify has lost $1 billion by not banning Rogan, due to stocksâ¦ because I guess people are selling stocks in the company because either they hate Joe Rogan or because they think the company is going to be destroyed by Neil Young and the US Federal government.

This brings up questions as to whether it is even possible for a publicly traded company to function at all in the current year. I mean, they paid $100 million for the guy because heâs really popular. Now they have to drop him because in the time since they made that contract, the âparadigm has shiftedâ and now Joe Rogan is not allowed anymore.

What is the CEO of this company supposed to even do? Staff, board members, the government, the entire media â all of them are breathing down his neck, telling him to dump a $100 million investment. We donât know what Joeâs contract said, but I think itâs safe to assume that it doesnât say âif we fire you arbitrarily, you have to give us our $100 million back.â

Also, Spotify probably shouldnât have banned those other podcasts. No one was asking them to do that â they were asking them to ban Joe Rogan. Now, the CEO has said he has âno editorial controlâ over Rogan (i.e., no responsibility for his content), and itâs like âwell, then how did you ban all those other people?â

Joe Rogan posts no new shows for a week as Spotify says no editorial control https://t.co/SC2XqNhbAO

People are commenting on his âpublisherâ statements.

Spotifyâs CEO said that he wonât be censoring Joe Roganâs content because the company sees itself as a distribution platform rather than a publisher.

Can he spread that mentality through the rest of Silicon Valley?

Thatâs all weâve been trying to get them to understand.

But likeâ¦ that argument was invalidated by his own decisions.

So, Neil Young and a whole list of other musicians have joined a convoy against Rogan. Neil Young started it. It is ride or die Pfizer 4 Life. Heâs going to get âPfizer Lifeâ tattooed across his navel.

I was disappointed that the rest of CSNY joined the convoy.

Crosby, Stills, and Nash have now all asked to remove their music from Spotify in protest of Joe Rogan.

I actually still had some respect for David Crosby. But I mean, heâs gotta be senile. It was probably his whore daughter who signed the papers.

Recently, the red sheep of the royal family and his royal negress came out and threatened Spotify.

Most of the people attacking are people with nothing to lose, who are getting a publicity boost from taking a moral stand. Rosanna Arquette was like inâ¦ some David Lynch movie in the 1990s?

But, as tensions build, itâs entering into a situation where people are going to start feeling pressure as to âwhy are you still on Spotify? Are you a Roganist?â

Then, some other competing company â I guess probably iTunes â is going to come out and say âwe welcome people fleeing the brutality of the Spotify Roganist regimeâ (although Apple would then put themselves in a position of having to do way more censorship themselves, soâ¦ I donât know). But someone will say âwe welcome artists who are against Joe Rogan and support The Science of these safe and effective vaccines.â

On the other end, Rogan is getting some support, including from Dwayne Johnson âThe Rock.â

Rogan also recently got some love from the head of state of Brazil.

– I'm not sure what @joerogan thinks about me or about my government, but it doesn't matter. If freedom of speech means anything, it means that people should be free to say what they think, no matter if they agree or disagree with us. Stand your ground! Hugs from Brazil. ð

Pretty big endorsement. (I wish I could have gotten that endorsement in 2017.)

All the normal people are of course supporting him â but that doesnât really mean anything.

After I was beaten by antifa & hospitalized for a brain bleed in 2019, @joerogan offered to give me a voice even though I was unknown. The pile on against him now is because heâs willing to speak with those overlooked by the establishment. Thank you, Joe. https://t.co/oqaSvrbgWf pic.twitter.com/uKfcrbcBbu

Bizarrely, Jon âStewartâ Leibowitz has said that this is an âoverreaction.â

Jon Stewart sides with Joe Rogan as more artists leave Spotify: 'This overreaction is a mistake'

(I guess maybe heâs a smarter Jew and is thinking a bit further down the line.)

If these people succeed in silencing the biggest broadcaster who has ever existed because he disagreed with the government, that will probably be the Biden Administrationâs biggest victory so far.

I hate to say it again, but none of this would be happening if people would have rallied around me in 2017. I know they were saying âneo-Nazi,â but firstly, anyone who read the site for ten minutes could see that was bullshit and this is a right-wing meme site, and secondly â what difference does it make? Free speech either exists or it doesnât.

Anyone at the time could have said âI find his content repulsive, but we cannot allow a standard to be set where private companies are allowed to organize together to silence protected speech.â Back in 2017, you could still say things like that without being called a âsympathizerâ or whatever.

As I said from the beginning: if people are so stupid that they can just be totally confused and misled by having free access to information, then how can they be allowed to vote? It doesnât make any sense.

But hey â whatever.

We the people have allowed the government and these corporations itâs aligned with to become a totally out of control monster of incomprehensible power that obviously canât be stopped. The only thing any of us can do is get out of the way and wait for this lumbering beast to collapse under the weight of its own lies.

It is literally made of lies to the point where Joe Rogan just getting stoned and talking to people threatens to totally collapse it. 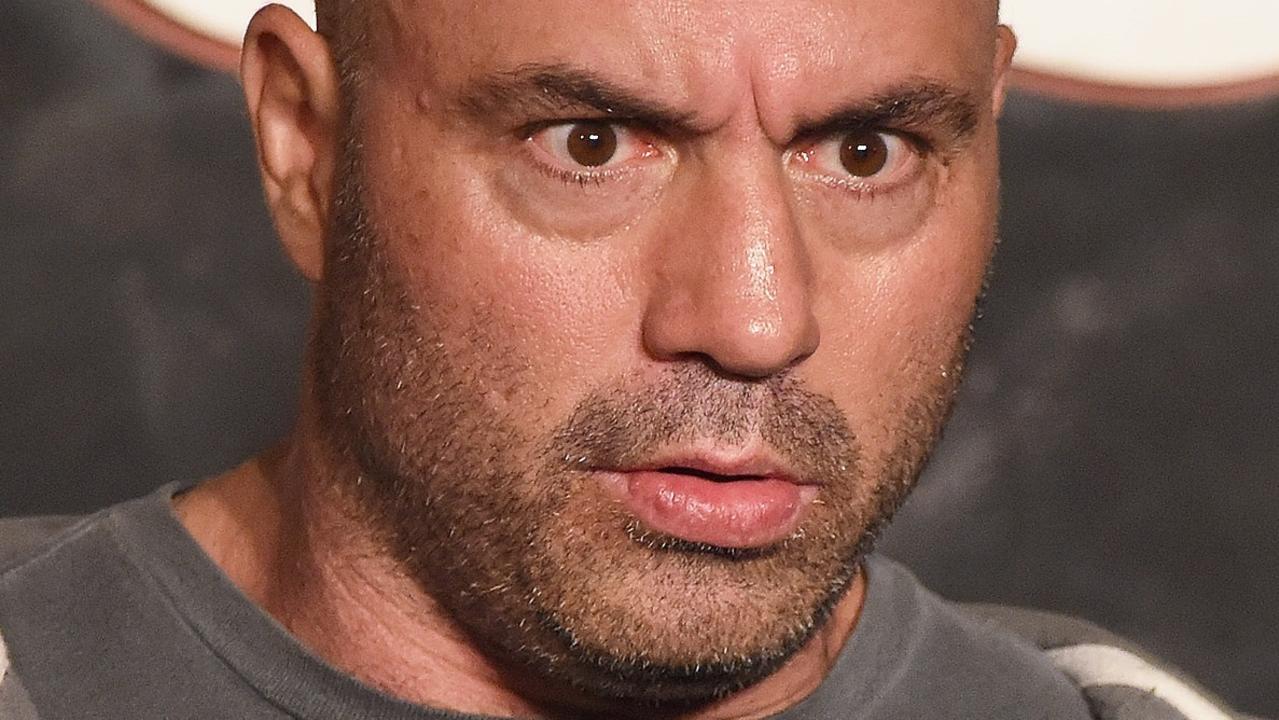 This canât go on forever. Why Airbnb Banned Me (And My Hubby, Too!)
Michelle Malkin
• 246 Comments