For those who donât understand, this means total free speech in terms of banned people being let back on. All they have to do is follow the rules, and the rules are going to be straightforward. You probably wonât be allowed to say the n-word, but if you canât not do that on a website then you have some kind of Tourettes.

What we want is free political discussion.

I might not have covered it well enough, but Elon has allowed basically everyone back on, excluding Alex Jones, but Jones gets back on through this amnesty.

Itâs a sort of strange feeling, because itâs been such a rollercoaster, but the confirmation of amnesty coming next week confirms that everyone is back on, and you just have to not break the rules, whatever those are.

Musk has agreed to real rules: 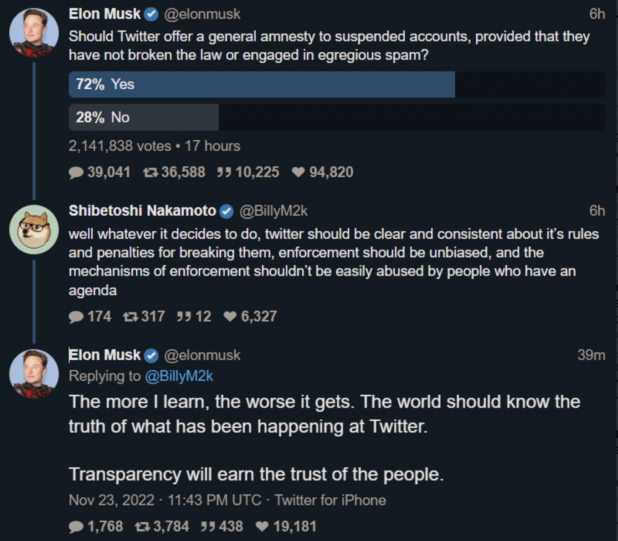 There are no other problems.

Again, not saying the n-word is fine. Whatever. Just write it down where everyone can see it. That wouldnât be âfree speech absolutism,â actually â but itâs close enough.

Everything is changing so fast.

Ye is possibly the greatest man in history, certainly the greatest man in American history, and taking on the Jews. Heâs brought in Nick Fuentes and theyâre working with Donald Trump. Elon delivering free speech right now means weâre basically entering into a situation where itâs possible to win. The odds are still massively stacked against us, and the Jews still have all the power, but weâve gone from âno chance at allâ to âremote possibility.â

When you consider that Russia is winning a war against the US government, things look even better.