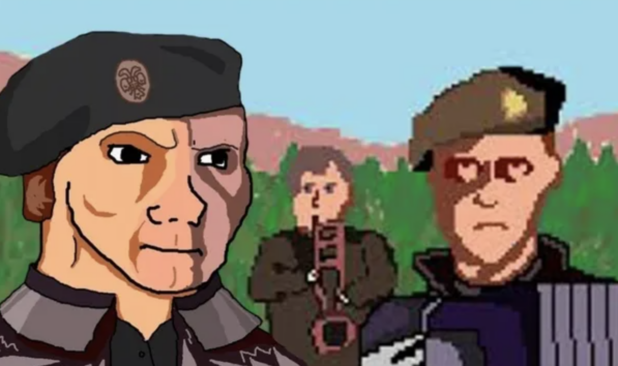 The whole world is picking sides.

Youâre either with the rainbow flag or youâre not. Itâs not a hard choice.

Aleksandar Vulin was named head of the Security and Intelligence Agency (BIA) in early December. He was previously in charge of the Interior Ministry, but swapped places with former BIA head Bratislav Gasic as part of a cabinet reshuffle.

According N1, the US has signaled to Serbia repeatedly that it disapproved of the appointment, most recently at a meeting between US Ambassador Christopher Hill and Foreign Minister Ivica Dacic last week.

âReliable sourcesâ told the outlet that Hill threatened a âdeep freezeâ in cooperation between the BIA and the US intelligence community, noting that Vulin presented a âmajor problemâ for Washington.

Hill allegedly told Dacic that the US would prefer to collaborate with the Interior Ministry instead, to which Dacic reportedly replied he would arrange for Gasic to visit Washington soon.

The CNN affiliate claims the US considers Vulin pro-Russian. As evidence, N1 pointed to Vulinâs multiple meetings with Nikolay Patrushev, the secretary of Russiaâs national security council, while he was in charge of the police. They also brought up the accusations by Russian opposition activist Vladimir Kara-Murza that Vulin had him wiretapped on Moscowâs behalf. Vulin has denied the allegations and said he would sue Kara-Murza for libel.

I can confirm that this is true. I lived in Belgrade in 2012-2013, and these people will just come up and start talking to you at bars. Like, I donât even think I was specifically being targeted â I wasnât really famous at the time. I just know what spies look like. At least the obvious ones â they have a series of questions they ask, and a very specific psychology-based technique of trying to seem likable.

These people should be kicked out of Serbia and replaced with the Russian military. When this party really gets started, and the Ukraine war spreads outside of the Ukraine, Serbia is looking at an outright invasion. Virtually all of their neighbors are negative.

Frankly, Russia should have funded an America-style color revolution in Greece. The Greeks are good people, anti-anal, and pro-Russia. If the Greeks were on Team Russia, the situation would be drastically different.

As it is right now, Serbia is the only Russian base in Europe proper (aside from Belarus), and it is not connected to any friends.

Maybe Hungary is getting friendlier, but that doesnât really help anything.

There has to be some kind of plan for Serbia to not just get completely blown out. Truth About Tanks: How NATO Lied Its Way to Disaster in Ukraine
Scott Ritter
• 357 Comments • Reply
← Elvis Presleyâs Daughter (Non-Fat) De...The Whole World Is Joining Sino-Friends... →
Hide 81 CommentsLeave a Comment
"US Intelligence Putting a âDeep Freezeâ on Serbia in Response to Pro-Russian Sentiment"
• 81 Comments
Commenters to Ignore
Commenters to ignore (one per line)