MJ was a child singer. His father was a total scumbag, who very much liked the money he was making off his kids.

When MJ reached the age of puberty, his father gave him hormones to stop puberty so his voice wouldn't change. pic.twitter.com/bTZ8LDuHiN

MJ was a child singer. His father was a total scumbag, who very much liked the money he was making off his kids.

When MJ reached the age of puberty, his father gave him hormones to stop puberty so his voice wouldnât change. 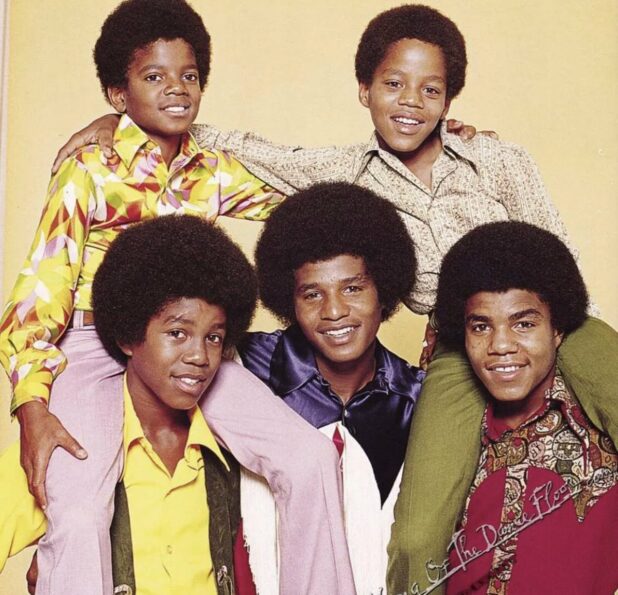 These drugs destroyed his sexuality. It was a chemical castration, even more primitive than what wokies are doing to kids now.

He was completely incapable of getting an erection throughout his life. He was definitively asexual â a eunuch. 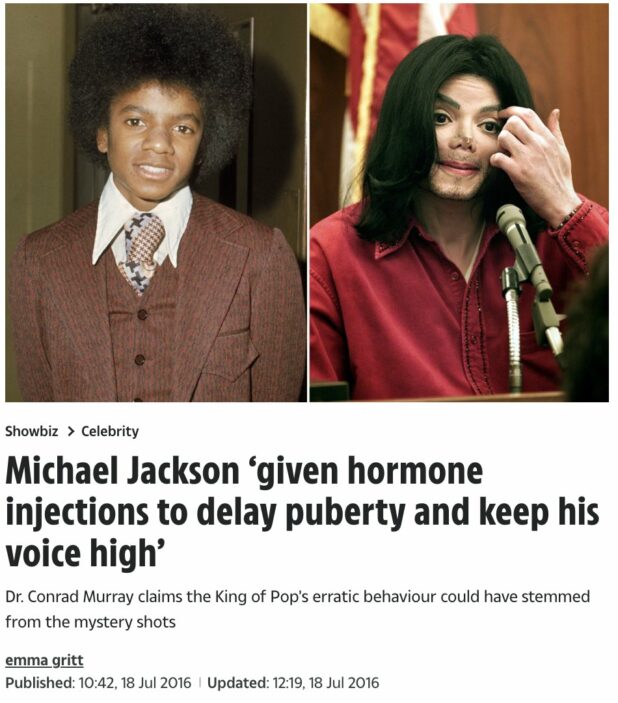 Physical abuse is obviously more prevalent in the African-American community, but the beatings of Jackson patriarch Joe have been reported by several of the Jackson kids and those close to the family as beyond the pale.

In the rare interviews he gave, Michael described his life of one of shame and misery, and always pointed back to his childhood as the source of this pain. 

In a 1993 interview with Oprah, MJ talked about Joe beating him and calling him ugly, and how this shaped him as an adult. pic.twitter.com/hD9SKy8ccS

Further, it is worth mentioning that MJâs sister, La Toya, publicly accused Joe of raping her from the time she was 11.

Women do lie about this, so take it with a grain of salt, but Joe was clearly a man without any kind of morals beyond âget dat money.â 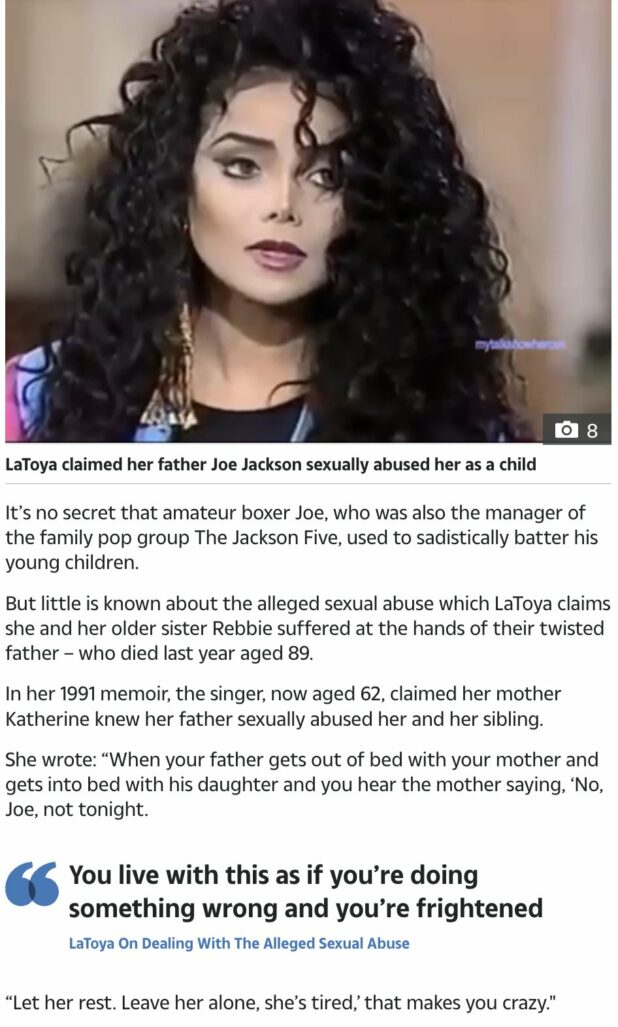 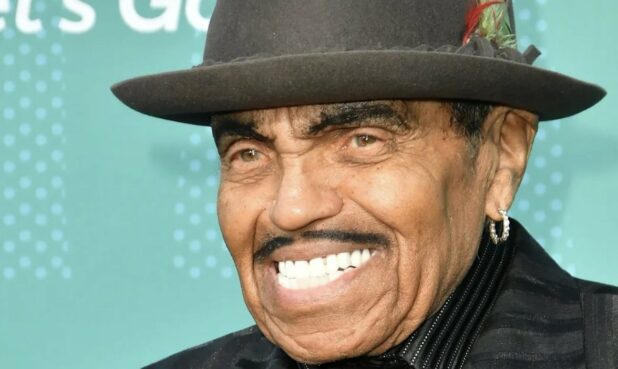 Obviously, MJ was a weird guy. No one is going to deny that and he wouldnât have denied it himself.

There was a whole public history of incredibly weird behavior before he was ever accused of molesting boys. The plastic surgery alone is the mark of someone with serious problems. 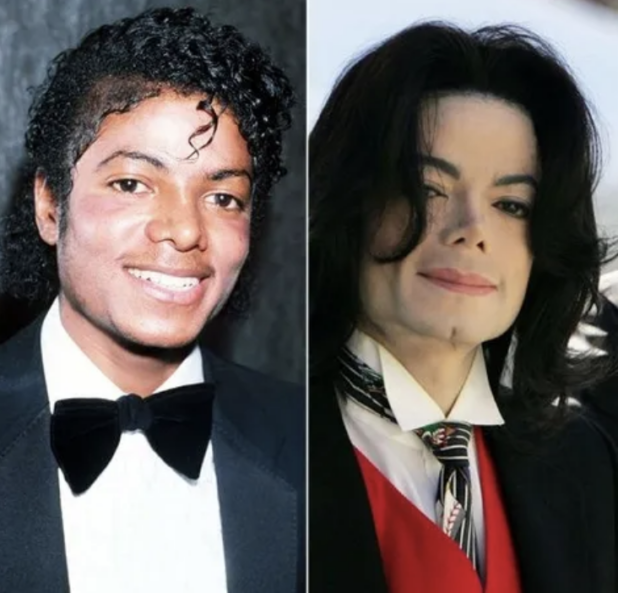 In 2002, he hung his alleged child out of a window in Berlin.

This child he named âBlanketâ and covered his face in public. 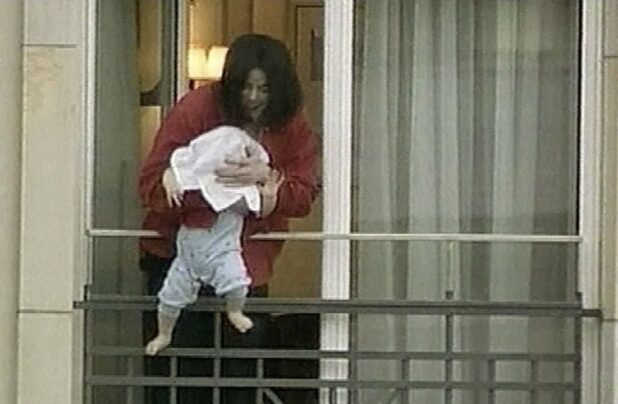 We know that none of these kids were Michaelâs.

Changing your skin color with plastic surgery does not change your genetics, and it is absurd to suggest that Paris Jackson is half black. 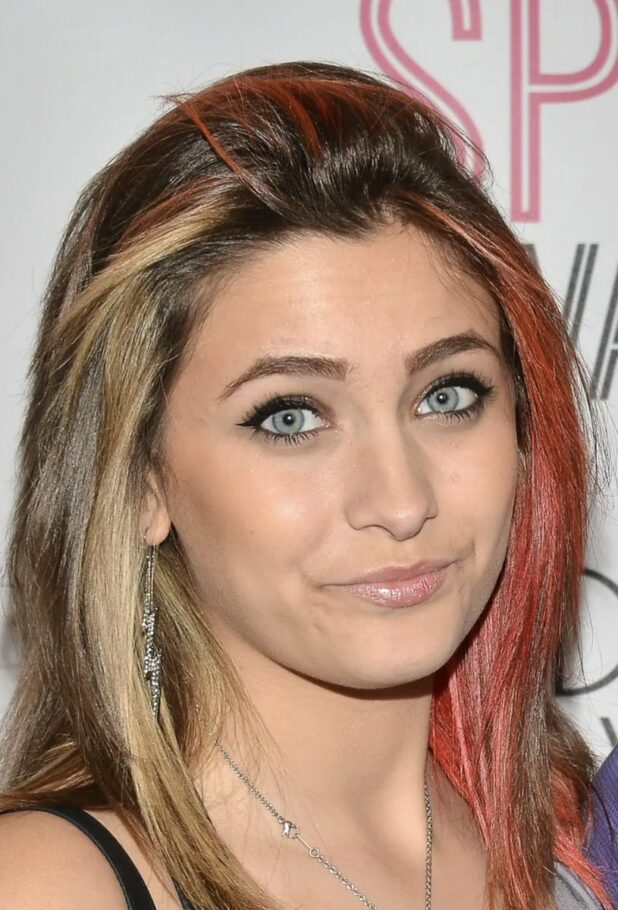 MJ was smart and talented, but what was done to him as a child wrecked his psyche.

It was easy to believe that something weird was going on with him.

Due to the abuse he suffered as a kid, he never developed into adulthood.

He enjoyed the company of children, because he was in many ways a child in a manâs body.

He built Neverland Ranch, where kids in LA could come play in a small theme park in his yard.

âNeverlandâ is a reference to Peter Pan, the boy who never grew up. 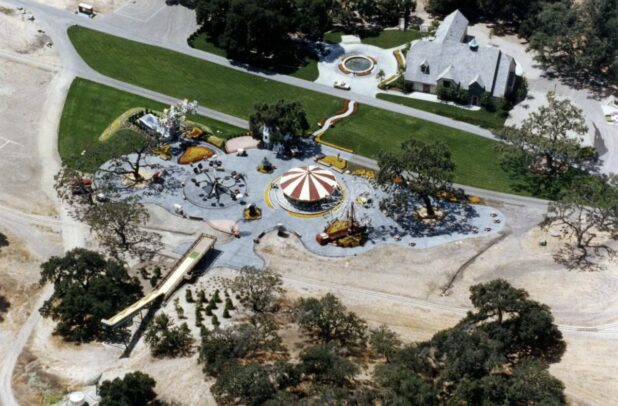 Home Alone actor Macaulay Culkin spent a lot of time with him. 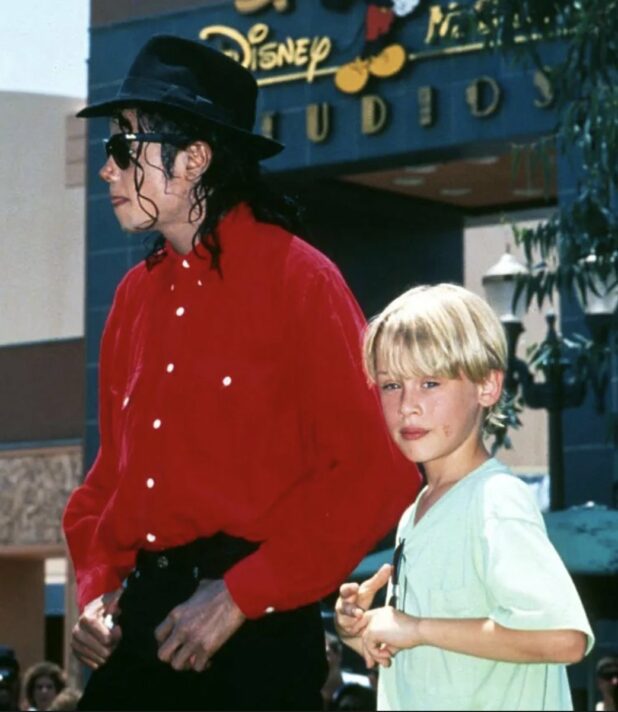 Culkin testified at MJâs 2005 trial. Heâs continued to defend him, most recently in 2020 after random individuals produced yet another documentary defaming MJ.

If anyone knew, it would be him, and he has zero reason to lie â especially given he could make money lying. 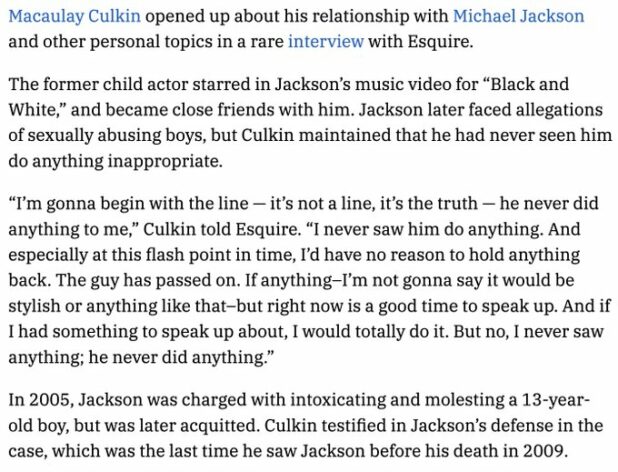 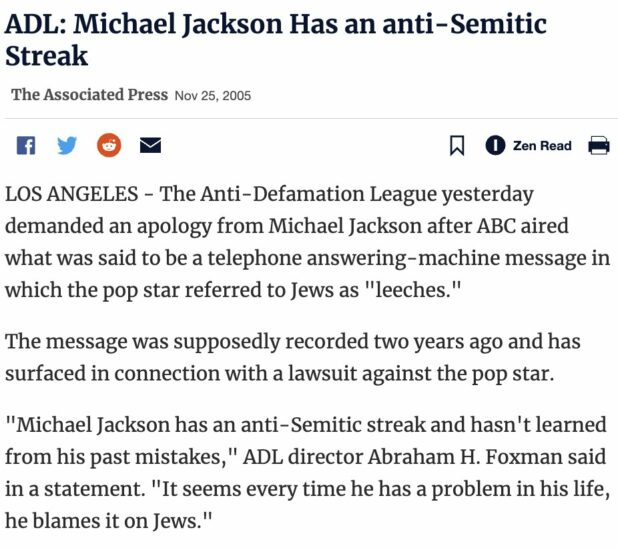 Later that year, the Santa Barbara district attorney opened up a case against him over allegations of molesting a 13-year-old boy at Neverland.

He was charged, raided and arrested in a humiliating spectacle.

Michael vowed to fight the case hard and clear his name and he did. In the end, he was acquitted of all charges. 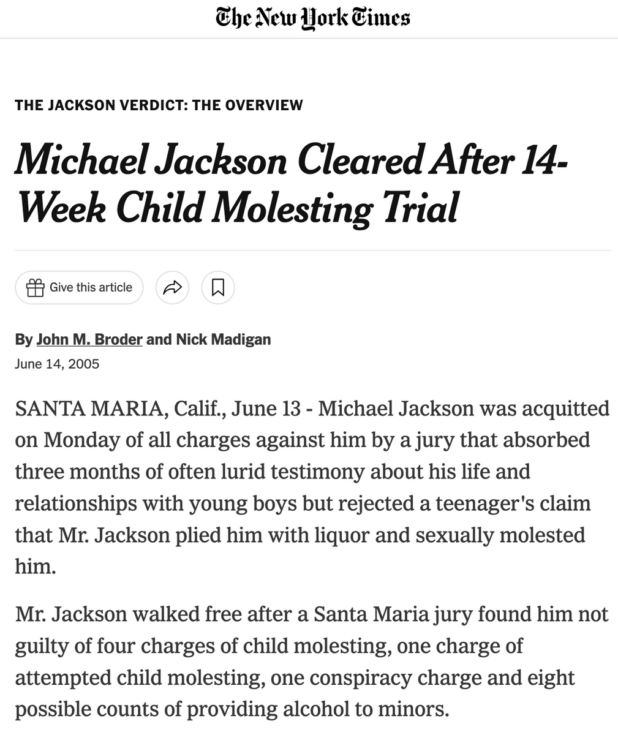 The case was an absolute farce and a blood libel.

There was never any evidence that Michael had done anything, it was all just allegations from the parents.

Mere months after the trial ended, the mother, who was the source of the allegations, was convicted of welfare fraud. 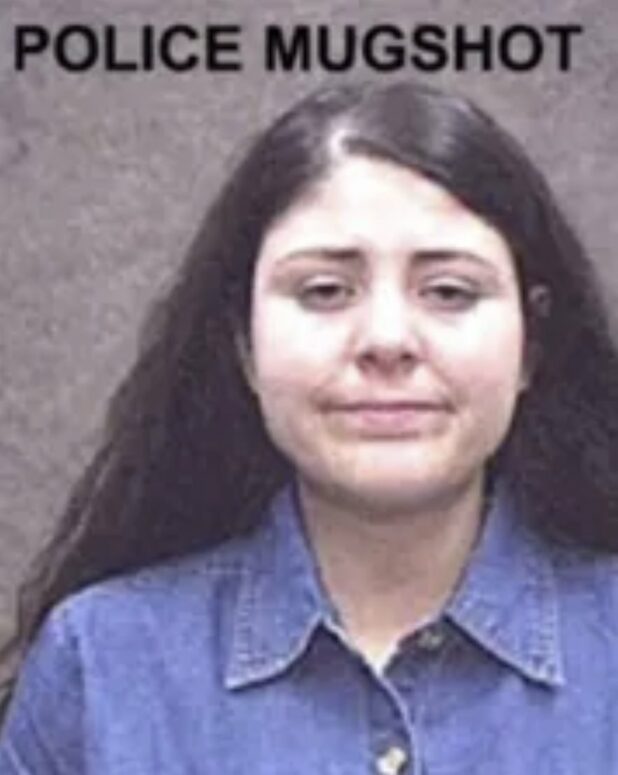 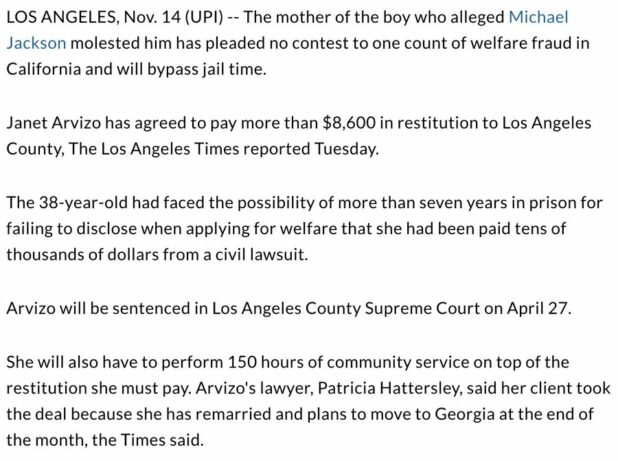 But the case succeeded in its real goal â the goal of the lawyers and money men behind it â which was to smear Michael Jacksonâs name.

To this day, I hear people saying he was a molester, and it just makes me sick that they can do this to a person.

Michael loved the public. He cared much too much about what they thought.

So in 2009, four years and 12 days after having been cleared of all charges, Michael died of a drug overdose. 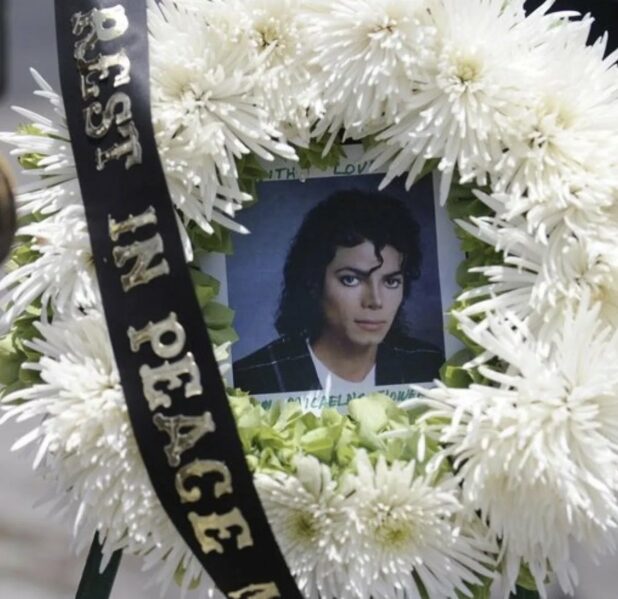 There is nothing more evil you can do to a man than purposefully try to damage his name.

Itâs damage that lasts after your death. Itâs a kind of taint on your soul.

I personally understand what it is like to be lied about like this. In 2017, knowing I do not have the ability to sue them, Atlantic Magazine published a cover story about me claiming I am a sadomasochist, a homosexual, and a (heterosexual) child abuser, among other things.

I did no interviews for that article. The article did not have any sources. It was written by a blogger who was obsessed with me, who I believe later died.

I joke about it, and I donât think anyone takes it seriously. It was too over the top â âhe is every bad thing!â

However, given my own experience with the media, I can tell you this: they can simply create entire narratives out of nothing at all.

You know itâs not true because itâs your life, but they can say it and there is nothing you can do.

Michael Jackson was a very troubled man. He had a lot of problems and did a lot of weird things.

However, he was a good person. He did his best with the hand he was dealt, and all of the people who really knew him testified to his kindness and generosity.

I hope that when people see these lies being spread about Michael, they speak up and explain that there was never any evidence for any of it.

The evidence is: he crossed random individuals who will cooperate together to destroy anyone who goes against them and he paid the price.

The Richest Man in the World
Larry Romanoff
• 665 Comments • Reply The City of London
Larry Romanoff
• 225 Comments • Reply
← Zelenskyâs Scorned Ex-BFF Says the Uk...Japanâs Declining Population and Glob... →
Hide 79 CommentsLeave a Comment
"The Facts About Michael Jackson and His Crucifixion by Random Individuals with Secular Humanist Last Names"
• 79 Comments
Commenters to Ignore
Commenters to ignore (one per line)

Beware of the J-Ray or the Jewish-Ray of the Mass Electronic Media
J-Ray enables the Gay-Ray â The Need for White Light and Right Light â The Jewish Hustle in the Takeover of Goy Mass...
Jung-Freud • January 3, 2023
• 7,700 Words • 72 Comments • Reply