Switzerlandâs foreign minister signals support for confiscating frozen Russian assets and using them for the reconstruction of Ukraine, putting him on a collision course with the countryâs banks https://t.co/xpffin7szK

ð©ðª ðºð¦ The German Development Minister @SvenjaSchulze68 travelled to #Odessa in the south of #Ukraine. She got a first-hand impression of the #reconstruction measures and pledged further financial support.

Together with @WorldBank, IFC is laying the ground for private investment in #Ukraineâs reconstruction efforts. Here's how our new $2 billion program will help build the resilience of businesses and support livelihoods in Ukraine: https://t.co/vE6GVJAYDm pic.twitter.com/sIeYPspU8T

Your doge memes bring the Hohols such a thrill.

Thatâs what they want, they want money.

As Ukraine attempts to secure more modern arms from its allies, it has stepped up a parallel effort to lock in financial support from business leaders in Davos to help rebuild the country.

Since Russia invaded Ukraine last year, the United States and its allies have given tens of billions of dollarsâ worth of weaponry, but Kyiv is still desperate for more.

It is also keen to ride a wave of Western public support to ensure that pledges for its reconstruction, which cannot begin in earnest until the war ends and some estimate cost as much as $1 trillion, are more than just words.

But talk of rebuilding appears premature.

Apparently, this Reuters article was not written by a Jew.

The deal here is, they claim to have rebuilt and then claim there is no evidence for whatever they rebuilt because it was blown up by Russia a second time. 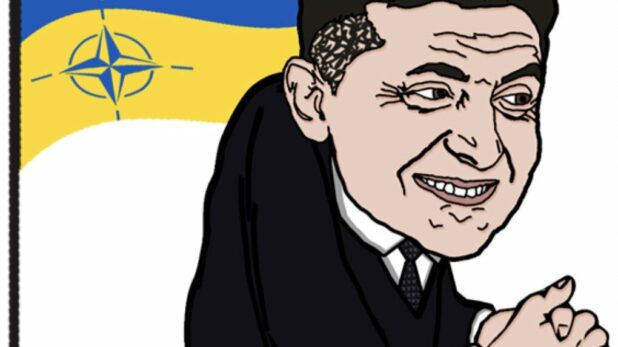 Itâs the self-licking lollipop AKA that infinite Jewish black hole.

Analysts say the mix of donors ranging from countries to development and international organisations, private sector players or the potential redistribution of seized Russian assets has already made coordination complicated.

And the reality is that progress has been arduous.

âArduousâ means nothing is happening.

Ukraine, which dominated the World Economic Forumâs (WEF) last big meeting in May, has again sent dozens of executives, lawmakers and decision makers with a clear message from President Volodymyr Zelenskiy: commit now, not later.

âWe have to think for the day after. The whole world needs Ukraine as a democratic and successful country. It is the best answer for our friends but also our enemies. Itâs our task to make it a successful country,â Kyiv mayor and former world heavyweight boxing champion Vitali Klitschko told Reuters.

Heâs also Jewish, by the way.

The Ukraine has never in the entire history of the universe been a democratic country, and everyone who read that the Ukraine is going to be successful spat their coffee all over the screen.

âThe more we do now, the less we will have to do in reconstruction,â Odile FranÃ§oise Renaud-Basso, President of the European Bank for Reconstruction and Development (EBRD), said.

âCan we make it a bit more Jewish?â they asked.

âYes, it can be done,â came the answer.

The EBRD, which invested some 1.7 billion euros ($1.8 billion) in energy, transport and other infrastructure in Ukraine in 2022, nevertheless estimated that its local economy shrunk by nearly a third over the year.

A joint report in September by the Ukraine government, European Commission and the World Bank, estimated that the cost of reconstruction and recovery amounted to $349 billion (322 billion euros) and the figure is rising as war drags on.

With every Russian missile hitting critical infrastructure, the costs for reconstruction rise and investor appetite, particularly in the private sector, wavers.

For Zelenskiy, the heavy Davos presence is more than just symbolically underscoring that Ukraine remains afloat and that Russiaâs one-time omnipresence in at the event is over.

It is about creating momentum and giving assurances that even during the war, Ukraine is not closed for business.

Even I am left baffled at trying to comprehend how Jewish this all is. 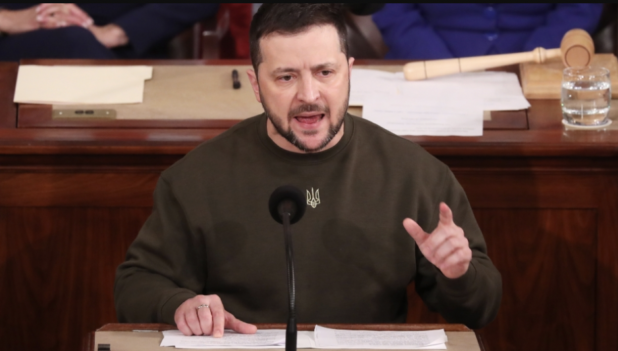 Zelensky Speaks to US Congress in a Green Sweatsuit: "Give Me Money, Goyim"
Andrew Anglin
• 368 Comments • Reply
← Steven Crowder Is Going to War with Jew...Zelenskyâs Scorned Ex-BFF Says the Uk... →
Hide 73 CommentsLeave a Comment
"âthe Black Hole Just Got 10 Feet Deeper!â â Hohols Demand $1 Trillion be Delivered to Them Immediately"
• 73 Comments
Commenters to Ignore
Commenters to ignore (one per line)

Beware of the J-Ray or the Jewish-Ray of the Mass Electronic Media
J-Ray enables the Gay-Ray â The Need for White Light and Right Light â The Jewish Hustle in the Takeover of Goy Mass...
Jung-Freud • January 3, 2023
• 7,700 Words • 93 Comments • Reply