Wow, this is completely insane. (That sentence doesnât have any meaning anymore, does it?)

Jacob Chansley, better known as the âQAnon Shaman,â has been sentenced to 41 months in prison for his role in the January 6 US Capitol riot. He pleaded guilty to obstruction of an official government proceeding.

Wearing a horned helmet, furs and facepaint, Chansley became one of the most prominent faces of the riot on the day Congress met to certify the results of the 2020 election. He turned himself in to police on January 9 and was indicted on six counts, including civil disorder and âparading, demonstrating, or picketing in the Capitol building.â The other charges were dropped as part of his plea agreement in September.

Prosecutors called for the maximum sentence of 51 months while the defense asked for a âsignificant downward departureâ from the 41-month minimum, citing a variety of extenuating circumstances. US District Judge Royce Lamberth ultimately handed down the 41-month sentence on Wednesday.

While the media and many US politicians have referred to the events of January 6 as an âinsurrection,â neither Chansley nor any of the several hundred people arrested and indicted over the riot was actually charged with that offense.

The QAnon Shaman was invited into the Capitol by the cops. They literally waved him inside. Even if it was trespassing, he didnât know he was trespassing.

I donât think heâs even going to get time served. Glenn Greenwald said before the sentencing that they were refusing to give him time served. Which means that heâs actually serving the entire 51 months. 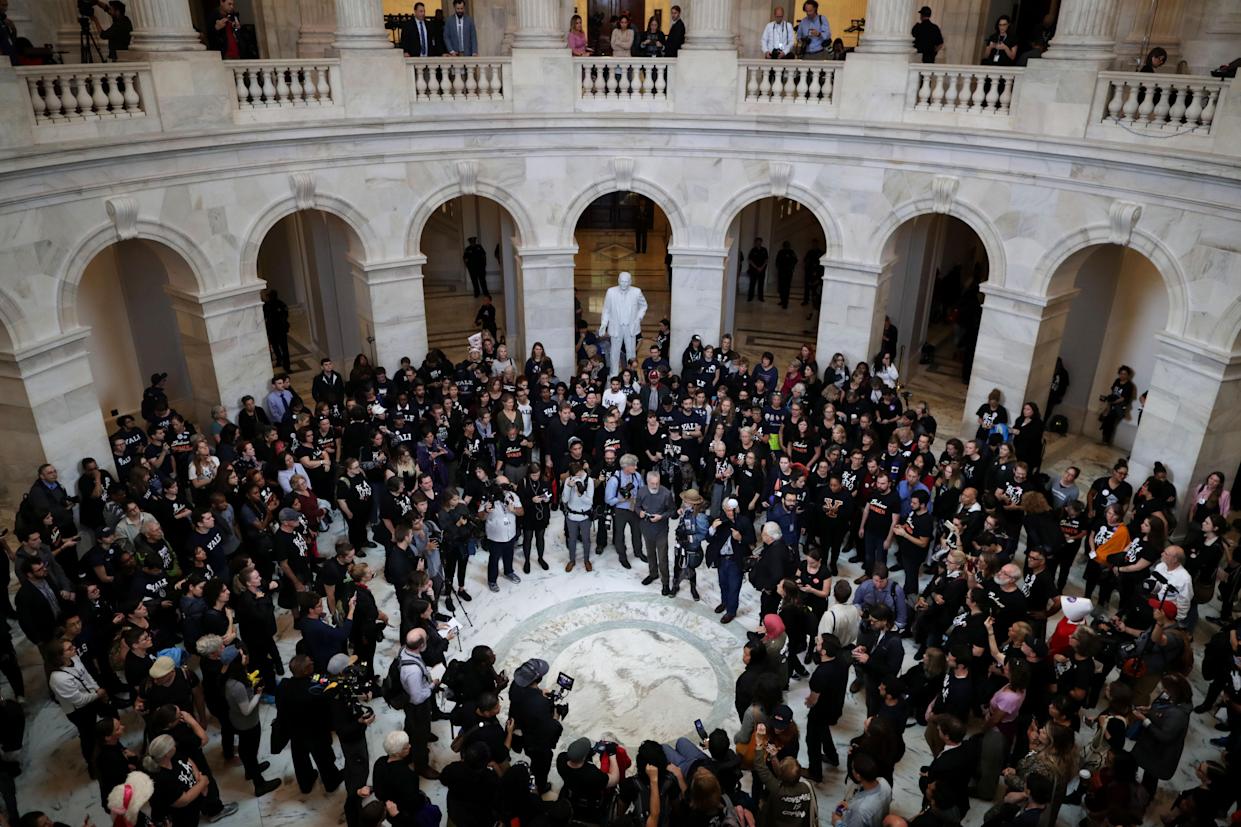 The US court system is an absolute joke.

Anyone who takes this seriously is a joke.

You simply cannot expect justice. In fact, you canât expect not to be abused.

You have to just stay out of these peopleâs way.

"The State At War with the Nation"âthe Garland Raids and the January 6 Show Trials
James Kirkpatrick
• 110 Comments • Reply
← Xi and Brandon Do Zoom Call, Brandon Sa...Black Islamic Women Attack a Group of A... →
Hide 48 CommentsLeave a Comment
"QAnon Shaman Sentenced to 41 Months for Trespassing"
• 48 Comments
Commenters to Ignore
Commenters to ignore (one per line)

← Xi and Brandon Do Zoom Call, Brandon Sa...Black Islamic Women Attack a Group of A... →
Current Commenter
says:
Current Date at Time Now
Leave a Reply - Comments on articles more than two weeks old will be judged much more strictly on quality and tone
Cancel Reply
Commenting Disabled While in Translation Mode