The US State Department and Joe Brandon have responded to the pipe bombing, saying âPutin, why are you hitting yourself! Hey Putin â why do you keep hitting yourself, huh???â

However, Putin says he didnât hit himself, and America bombed the pipes, actually.

The sabotage of Russiaâs Nord Stream gas pipelines benefits the US, not Russia or the EU, Russiaâs permanent representative to the UN Vassily Nebenzia said on Friday.

âThe main question is whether what happened to Nord Stream is beneficial to the US? Absolutely. US suppliers of liquefied natural gas should now celebrate a several-fold increase in LNG supplies to the European continent. And from the political point of view â the last thread ensuring EU independence in the terms of energy has been severed,â Nebenzia said at the UN Security Council. He added that while even European production is being hastily transferred to the US amid the energy crisis, Europeâs population is now headed toward âa very dark, cold and long winter.â

âIs the destruction of Nord Stream beneficial to European states? Hardly. They would then become dependent on a more expensive and highly unreliable supplier. I am referring to the host country of the UN headquarters [the US]. Leaving aside the Polish, Czech and Baltic politicians, who are completely insane with Russophobia, even with all the anti-Russian hysteria in the EU, experts cannot fail to understand the danger of such a scenario and its consequences for the European economy,â the diplomat stressed.

Furthermore, according to him, âif we think in terms of common sense, rather than in the spirit of the morbid fantasy that the Russians are willing to do anything to intimidate Europe,â Russia would also hardly benefit from jeopardizing its own pipeline.

âIt makes no sense for us to ruin with our own hands a project in which we have invested an enormous amount of money and from which we could get a substantial economic return. You yourself in the West have said that we make a profit on energy exports and benefit from rising energy prices,â Nebenzia pointed out.

Honestly, the fact that we are even having this discussion at all just proves how utterly absurd the world is.

The explanation from the West is that Putin is totally insane. Okay. Well, if heâs so insane that he will bomb his own infrastructure that he spent billions of dollars on, how did he manage to build that infrastructure in the first place? How, indeed, is he even running a country at all, if heâs insane? How do all of these people follow him? Russia is an advanced European country. Sure, itâs a little bit poorer than the West, but not really by that much. Itâs a historical civilization, with high levels of order and technology. But the country is following an insane man? 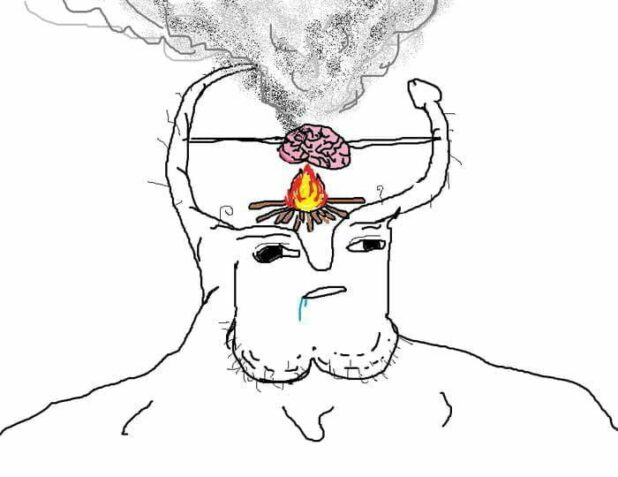 Furthermore: if Putin is criminally insane, why is his most insane action yet one which directly benefits the United States?

Putin is openly threatening nuclear war. Russia is not a âdemocracyâ in the Western sense. Putin is an authoritarian leader, and he could go into the office and order his people to start firing nukes. There are no checks or balances on that. He is sitting on the worldâs biggest store of nuclear bombs, he has better delivery systems than any other country, and he could just start launching them at any time. And he is openly saying he will do that if he gets backed into a corner.

But even if it would be more extreme, dropping a nuke makes more sense than bombing your own pipes. Like, to bomb his own pipes, to the exclusive benefit of the United States, he would definitely have to be totally insane, whereas to send a nuke, heâd have to be desperate, but itâs not actually insane.

These two things canât be true:

The Germans were out doing massive protests demanding the pipes be turned back on hours before they were blown open and disabled.

Thousands of people in Gera in Germany against Olaf Scholz's policy and the explosion of energy and gas prices. They demand an end to sanctions on Russia and the reopening of the Nord Stream 2 gas pipeline. Demonstrations also in other German cities but EU media censors them. pic.twitter.com/dmTMLY11jn

According to @SecBlinken, the Nord Stream pipeline bombing "offers tremendous strategic opportunity for the years to come." Too bad that this tremendous opportunity for DC bureaucrats will come at the expense of everyone else, especially this coming winter. pic.twitter.com/T2eacQUuBF

This is just. I just. I canât even.

Running this website, I find myself constantly having to explain more and more obvious things as the media/government narrative gets dumber and dumber.

It is obvious that the US or some ally (acting with the blessing of the US) did the pipe bombing. It is a self-explanatory fact, and anyone who claims not to understand it is lying on purpose, or is so stupid that they should be immediately dismissed as a dangerous retard.

There is some question as to whether a narrative this retarded is sustainable â especially given that the primary target of this attack was Germany. Germans are cucked out and broken by the United States, taking the blame for that stupid Holocaust hoax (fake), but Germans are not stupid and they care about money.

Wolfgang Grupp, the head of the textile manufacturer Trigema, was on TV last week saying that Germany should split from the US after they bombed the pipes.

US overplays its hand. 

ð©ðª Wolfgang Grupp, the owner of one of Germany's largest textile companies Trigema, called for a "break with America" following the suspected terrorist attack on the Nord Stream pipelines, in an interview with BILD. pic.twitter.com/eAOpSv4Jal

Other than stupid women, no one in Germany is going to believe that Putin sabotaged his own economy in order to send a message (like the Joker). Germany is a money country, and youâre already seeing big money people coming out and saying âlook, this is too much, itâs gone too far, you people had your fun, now itâs time to get back to work.â

In a democracy, the masses of peasants have no recourse against the government, no ability to petition grievances, which is why all things being equal the peasantry will choose an authoritarian system over democracy. The peasants, like anyone, would prefer to have some kind of representation, and it is just obvious that democracy cuts them out. However, democracy is designed for big money players, and if they start to take issue with the direction things are going, democracy has to respond.

We were all focused on the USA's proxy war in Ukraine while a second (the real?) front was right before our eyes: the destruction of Germany, the only industrial competitor of the USA. It took 7 months and the complicity of Baerbock & Habeck. Germany, wake up. #Kriegserklaerung pic.twitter.com/NWhjsIzmg6

It's time for Germany to align with Russia and react against US' aggressions.#sanktionengegenusa #KriegserklÃ¤rung

This will turn into a major blowback for the US. #Kriegserklaerung ("declaration of war") is trending there. The NAFO incels face a wall of anger coming from Germany. https://t.co/NokCXEWtoL

Twitter cleaned it up, but the hashtag was trending for several days.

Regime apologists (homosexuals, women, Jews) have no response to any of this but to claim that Putin did the bombing to make America look bad and that everyone who disagrees is a Russian agent.

(it is a well known picture of
Putin, steering a sub,
here with Biden photo mask
over his face)#KriegserklÃ¤rung #FalseFlag
3/ pic.twitter.com/KYUzKXzEtR

Russian Bot Farms and Trolls are super active follwing the sabotage of the anyhow more or less useless Pipelines via #Kriegserklaerung – or in other ways. That's disinformation provoked by Russia like in the good ol'days.

When it comes down to life or death, when the US is shutting off basic energy supplies, collapsing the economy, and attempting to provoke a nuclear war, this goofy stuff doesnât carry quite as much wait.

This, however, is not the way public discourse is supposed to work. Heinous, nonfalsifiable claims are not supposed to be tolerated in a serious discussion. If the entire basis of the Western narrative is âitâs all just fake and everyone is against us for no reason,â then they do not deserve to be taken seriously.

Itâs probably impossible for Germany to do anything to buck the US. As Putin said last week, Germany is under US occupation and all of their leaders are constantly spied on. That said, pressure is mounting, and pressure can only mount for so long before something pops. 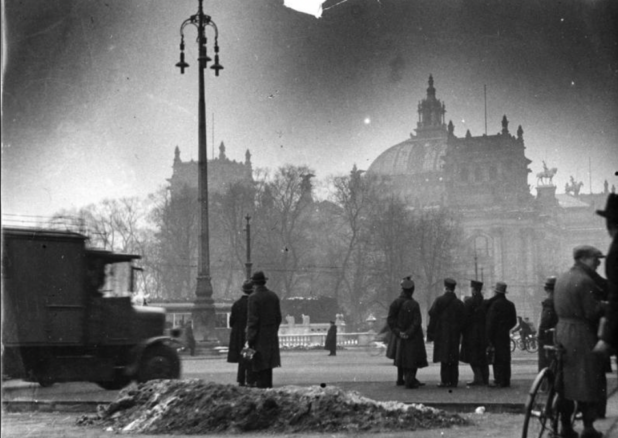 Nordstream â the Signal That Washington Knows It Has Lost the 'Great Game'
Nick Griffin
• 261 Comments • Reply
← After Falsely Claiming He Is Not Blowin...Genius Strategist Petraeus Outlines Tot... →
Hide 78 CommentsLeave a Comment
"Putin Is So Insane Heâs Bombing His Own Infrastructure, But Heâs Much Too Reasonable and Restrained to Fire Nukes"
• 78 Comments
Commenters to Ignore
Commenters to ignore (one per line)

← After Falsely Claiming He Is Not Blowin...Genius Strategist Petraeus Outlines Tot... →
Current Commenter
says:
Current Date at Time Now
Leave a Reply - Comments on articles more than two weeks old will be judged much more strictly on quality and tone
Cancel Reply
Commenting Disabled While in Translation Mode