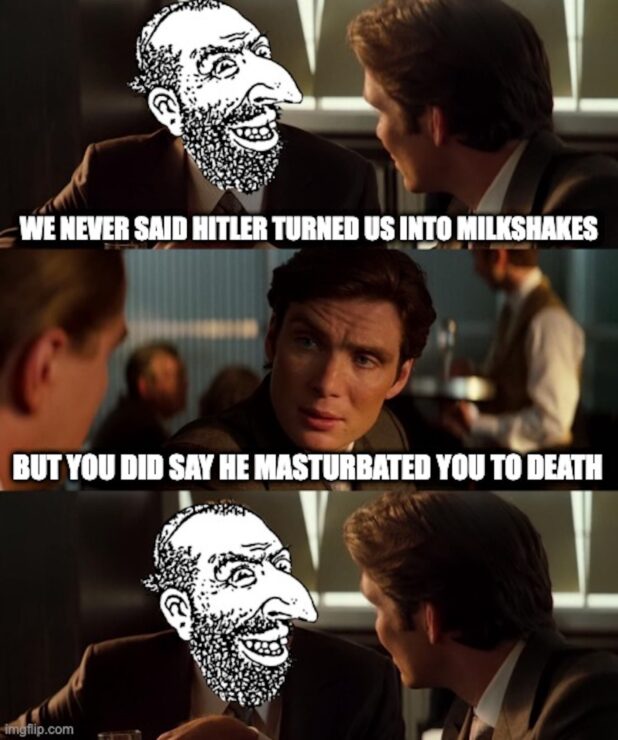 As a large company, youâve got the practical matter of the Jews being able to get your suppliers to boycott you, your bank to withdraw your credit line, your distributors to stop working with you, the shops to stop stocking your goods. Then they can sic Health and Safety on your factories, you might get a visit from the taxman, or you could find yourself with unexpected industrial action from your workers, who for some mysterious reason suddenly get riled up about pay and conditions. There are so many ways the Jâs can fuck up a business itâs unreal, and all can be done under the guise of a government agency or other third party, that it would be impossible to fight and win.

Hereâs the thing: the Jews themselves claim everyone hates them, and if that were true, some company, somewhere would be operating a business and be against the Jews â unless the Jews controlled everything and were able to shut any such business down. As the Jews will tell you constantly in a whiny, badgering manner, historically in America there were several companies that were openly anti-Semitic in their operations, most notably Ford Automotive under prominent anti-Semite Henry Ford. At the time the biggest auto manufacturer in the world, Ford would sell each new car with a copy of the Protocols of the Elders of Zion. 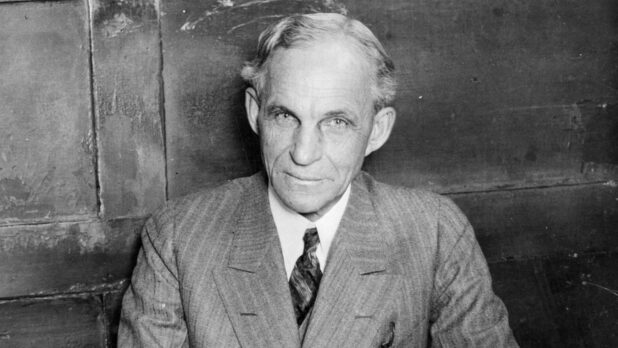 But here we are in the current year with the Jews saying that anti-Semitism is more prevalent in America than at any time in history, and no single company in operation is anti-Semitic. The math here is not difficult: the only explanation for this is that the Jews have an absolute ability to shut down anyone who does not go along with their program.

Now, you donât even need that analysis. You can just look at what happened to Ye. All the man said was his personal opinion, and gave his own account of his experience, which in a free country would be protected. He was not mean about it, he was not âhateful,â and heâs repeatedly said that he apologizes to anyone who is not guilty. The Jews, including the âbro kikeâ Lex Fridman, have said that he must apologize to the guilty.

At this point, even if he apologized and kissed Howard Sternâs Jew dick as they are demanding, there is zero chance they would give him back his business connections. Frankly, I doubt they would even stop at this point. Itâs possible that they would stop, and at least allow him to continue making music, if he got down on his knees and begged, but there is no guarantee.

Ari Emmanuel, in his public letter ordering Adidas, Spotify, and everyone else to shut down Ye, said that after Mel Gibson groveled, he gave him permission to continue to operate in the film industry. But have you seen the level at which Mel is currently operating? 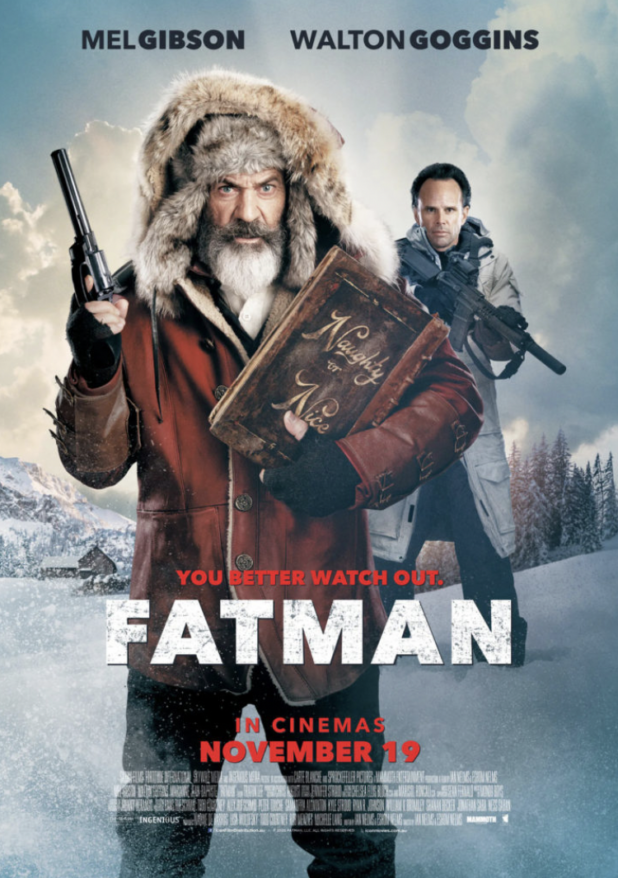 Itâs not exactly Apocalypto level, is it?

Whatâs more: as Mel â who also lost his family as part of the Jew assault â is debasing himself with these horrible straight-to-video âschlockâ films, the Jews are actively, publicly mocking him as pathetic. 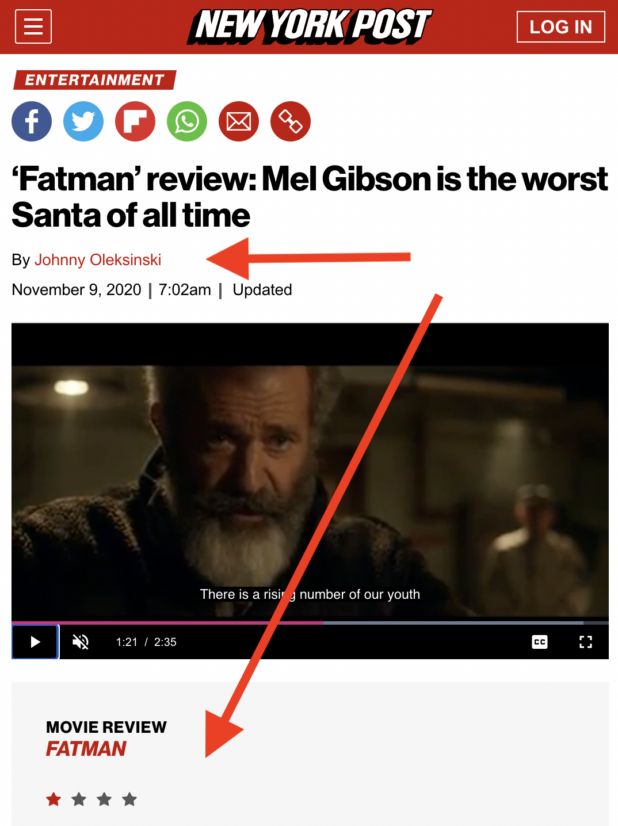 If you offend the Jews, they make you grovel like a worm for permission to live as a worm.

This must stop. It canât go on. If the Jews are going to dominate the government, news, entertainment, academia, and healthcare, and make all of these decisions about who is allowed to do what, make decisions about eliminating people from the business world unilaterally, then we have to be able to talk about it and we have to have some ability to petition grievances against them.

This situation that we are in now, where the Jews have total power and yet youâre not even allowed to mention that they have power without them using that power to destroy your business and your family, is unsustainable.

Gap and Foot Locker remove all Yeezy merchandise as the corporate backlash against Kanye West mountshttps://t.co/MZcBrjCO87

We are going to reply: âthey are Jewish.â

They can say âit doesnât, itâs, they -â

Then the people can decide.

But itâs time to have the conversation. Weâre not going to tolerate being silenced any longer.

Jews completely destroyed my life because I questioned Jewish power. I donât talk about it often because I donât want to sound like Iâm whining, but itâs true and itâs relevant now. You simply cannot believe what these people have done to me, simply because I ran a website saying âJews are powerful and we need to talk about the fact that they are powerful.â They purposefully used the most uncharitable possible interpretation of what I wrote to paint me as some kind of monster, and that didnât work at all, so they tried to totally silence me, by every means possible, so that people simply were not allowed to hear what I was saying. They totally cut off a business which should be making tens of millions of dollars a year, forcing me to live like a college student for the rest of my life without any possibility of growing my business.

The reason it is relevant that they did this to me is that they do it to everyone. They are doing it to Ye right now, and the world is watching.

And this shut down is just getting started. The goal is for him to be desolate and ultimately dead. I know this story, and I can tell you how it goes.

The nerve of these Jews to claim they âdo not have powerâ is quite simply incomprehensible.

It doesnât even compute.

Itâs time to talk about what is going on in this country, and in the world at large.

We cannot accept the claim from the Jews that it hurts their feelings so badly that it is permanently impossible to talk about. This is pure emotional bullying. It is the same thing that happens in abusive households. Abusive family members will use their own supposed pain to not only justify their bad actions, but to prevent any discussion of their bad actions. Abusers always enforce a regime of silence against the abused. This is something that most people know about when it comes to interpersonal relationships, but for some reason they are not able to apply it to the Jews in power who claim their power canât be discussed because of their hurt feelings.

This relationship that the people of the West have with the Jews is completely unhealthy. We are abuse victims and we are being held prisoner in our own country by these abusers. The key problem is that we are not allowed to talk about it, and the key to enforcing this silence is emotional blackmail, primarily relating to the alleged Jew Holocaust.

The silence must be broken, and Ye is doing the breaking.

He is arguably the greatest man who ever lived since Jesus.

I agree with the stated core principle of the black activists: people in a powerless position in society have a right to speak about how the actions of the powerful affect them, and those with the power have an obligation to listen. That was the idea, right? Thatâs how they convinced whites to go along with the BLM movement. It seems reasonable that people who are at the bottom of society should have a right to stand up and be heard. It feels like itâs only fair.

Itâs time for all of us, both white and black, to demand the right to stand up and be heard by the Jews who control everything. They need to stop trying to silence us, and they need to stop functioning as a bloc that protects each other. Whenever a Jew does something horrible and evil, other Jews will say âthatâs just an individual.â There are several different reasons this is bullshit, not least of which being that this privilege of being âa group of individualsâ is not awarded to any other group. But the biggest problem with that claim is that they are not individuals when someone speaks about Jewish power. As soon as someone says that, they all become Jews defending the collective Jewish power structure. There is not even one prominent Jew coming out and saying âYe is right, the Jews do control the entertainment industry and they do engage in a lot of bad business, and then they are protected by the media, which they also control.â Instead, every single Jew is coming out in unison and saying that Ye must be stopped, that heâs Hitler, that Jews can only ever be individuals.

This behavior by the Jews, this total absence of any Jew standing up and saying âyouâre right,â proves that all of the Jews are responsible, and it is actually correct to talk about a collective of Jews.

Weâre saying every single thing these Jews said about whites about them, and itâs going to be true this time.

We are soldiers of God, and the spirit of God lives in us. 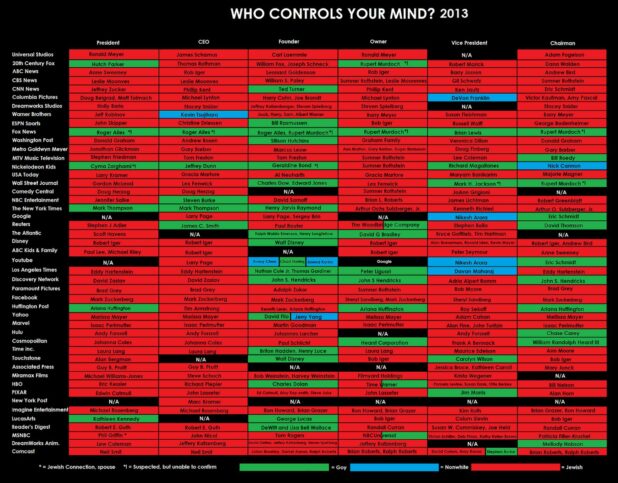 • Thanks: Irish Savant
← By Hook or by Crook, the US Will Create...Popular YouTuber Makes âWhy Kanye Wes... →
Current Commenter
says:
Current Date at Time Now
Leave a Reply - Comments on articles more than two weeks old will be judged much more strictly on quality and tone
Cancel Reply
Commenting Disabled While in Translation Mode