not sure anyone has heard but,

I donât think he really ever wanted to be a part of this weird shit. I think he was a normal old school Silicon Valley guy who believed in the original idea of the internet â which was that total freedom would inevitably lead to the best possible outcome â and didnât ever want to be a censoring faggot.

We saw him on Joe Rogan saying he didnât even know Alex Jones had been banned. Then he agreed to come back and get grilled by Tim Pool on censorship â but he had to bring some fat Paki woman, because he didnât even understand the censorship.

After he was bullied into censoring, he went on a serious Buddha acid trip and got very weird, and I think this was his way of dealing with the fact that heâd lost control of his own company and was now a shill for everything he was against.

Remember how he got progressively more bizarre.

It would have been cool if heâd just resigned immediately when the ADL and the blue-hairs took over. He was obviously too weak of a person to stand up against this mob (because he doesnât have Jesus in his heart), but the least he could have done is be like âyo, Iâm out â gonna go do my Bitcoin stuff.â

Better late than never, I suppose.

Heâs being replaced by a pajeet â because of course. These Indians are meant to be our new managerial class in white countries. Look for that.

Twitter co-founder Jack Dorsey has stepped down from his executive role at the social media company.

Dorsey will be replaced by chief technology officer (CTO) Parag Agrawal, the company announced on Monday.

The surprise move ends Dorseyâs much criticized tenure as chief executive officer of both Twitter and Square, his digital payments company, which led to Twitter stakeholders Elliott Management and billionaire investor Paul Singer calling on him to step down from one of those roles.

Twitterâs shares rose 11% after the news broke on CNBC before being briefly suspended.

The company said Dorsey would step down immediately but that Dorsey would remain on the board until Twitterâs stockholder meeting in 2022.

âIâve decided to leave Twitter because I believe the company is ready to move on from its founders. My trust in Parag as Twitterâs CEO is deep. His work over the past 10 years has been transformational. Iâm deeply grateful for his skill, heart and soul. Itâs his time to lead,â said Dorsey.

Agrawal has been with Twitter for a decade and served as CTO since 2017.

Beat down the idealistic white man, get him to go on a Buddha-acid journey, then give up and just take Benzos to cope. Then when heâs broken, bring in the brown person who doesnât care about anything at all, because he doesnât have a human soul, and literally cares about nothing but bobs, vagene, and shiny bobbles.

You were the boss of the single most important media platform that ever existed, and you dropped the ball because you were too weak to deal with nagging Jews and trannies.

Former CTO and new Twitter CEO Agrawal in November 2020 interview: "Our role is not to be bound by the First Amendment… focus[ing] less on thinking about free speech, but thinking about how the times have changed."

Remember: Jack is literally saying heâs going to create a new platform that canât be censored because Twitter is so censored.

What even is that?

He already had an uncensored platform. Then Chuck Johnson was censored, then MILO, then me. Then everyone else. He always had the option of being the CEO of an uncensored platform â he could have just told the Jews and the Pakis and all of the rest of the assorted subhuman garbage to stop talking to him. He could have just blocked their numbers and told his secretary not to let them into his office.

Maybe there were threats, I guess. But who cares? What are the threats? Is he a pedophile? I doubt it. Heâs going enough money for security.

He was just a coward. A weak person. This is why you need Jesus.

I think about a lot of people when I hear the man himself say âtell me if you know someone who needs Jesus Lord.â

Jack should be at the top of the list.

Nothing works for anyone if you do not have the Living Spirit of God occupying your body. You canât do anything without that. Everyone fails without Jesus. Everyone*.

Maybe Jack will deliver on the Bitcoin front. But I kind of doubt it.

By far the best of the social media founders in terms of your constant communication with user base and willingness to talk about failures and shortcomings of the platform. Thanks for all youâve done and best of luck in the future, Jack!

I honestly think this dude just lowkey rage quit the company he founded because his team is building on ETH and not his precious BTC (how does one even build on BTC lol). One of the worst BTC maxis out there

*nb4 Buddhists or Confucians and whatever â thatâs something different. Itâs worth talking about at some point. I do believe that if youâre born into a culture that doesnât have Christianity you can form a connection to the Holy Spirit in another way. God isnât going to write someone off because they were born in a different culture. But you canât be a white guy raised in a Christian society and then go to a Buddhist temple like @jack tried to do â that will just make God angry and then He will destroy you. Every white man knows from a young age that Jesus is Lord. He can accept that or not. With Unilateral Censorship of a Sitting US President, Big Tech Has Proven Itâs More Powerful Than Any Governmen
Helen Buyniski
• Leave a Comment 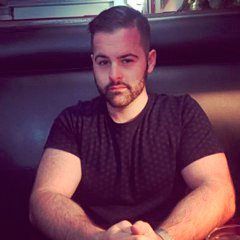 ← The Left Has the Worst Heroes: the Stor...Braindead American Peasants Say China I... →
Current Commenter
says:
Current Date at Time Now
Leave a Reply - Comments on articles more than two weeks old will be judged much more strictly on quality and tone
Cancel Reply
Commenting Disabled While in Translation Mode