Germany is the number one pussy ass bitch country. Everyone understands that they are a broken people, having been blamed for a fake genocide, but wow. This thing with the pipes is beyond comprehension.

The media and government can say whatever they want. Okay. But everyone knows the US bombed those gas pipes. Everyone knows that, other than American fat-brains and stupid women. Saying that Putin bombed his own pipes is like the tranny thing â you pledge allegiance to the ZOG regime by saying something you know for a fact is false.

Russia will abide without their pipes. But Germany is completely doomed. Germany put their entire industry, their entire economy, on the promise of cheap Russian gas, and now itâs gone forever. Those pipes canât be fixed. Salty water is going in the pipes and the inside is going to rust.

Germanyâs entire industry is going to shut down, while the population is forced into poverty. That is going to happen. You canât run an industrial country without energy. Russia was supplying 55% of Germanyâs total energy. Theyâre just not going to be able to produce anything at all.

The US does this in public, right in front of everyone. Everyone knows they did it, and the Germans sit there and smile, like âplease sir, can I have another?â

Germans will come at me for saying this, like, âoh, but itâs not all.â I suppose thatâs true. But it is the nation as a whole.

Of course, the US is in some ways worse, depending on how you look at it. Weâre getting the same treatment, but itâs our own government. So is that better or worse? I donât know. Both are disgusting humiliation rituals by the Jews.

This pipeline situation is just so extreme, however. This is going to totally wreck Germany for decades, and these people are just sitting there smiling with fear in their eyes, like abused puppies. 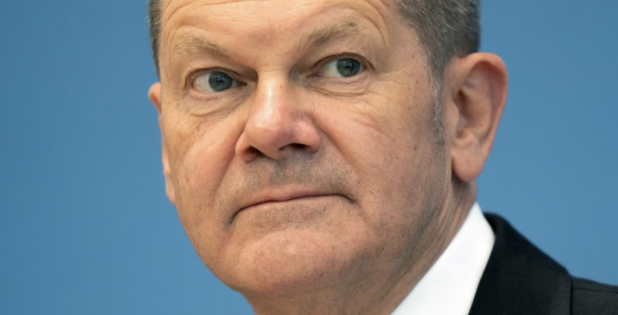 âPlease oh please, you can blow up our pipes and destroy our entire country â just donât call us Nazis, master Jew!â

Even the Jews themselves must be disgusted at what Germany is willing to take.

There is one white nation on earth that is willing to say âno,â and that is Russia. In Putinâs latest Ukraine speech, he basically declared war on the United States, and the entire Western faggot order, saying that Russia will not tolerate being lorded over by these weird faggots.

The only thing these Jews do is go around messing with people. You can frame it as some kind of grand agenda, but in practice, it is just evil Jews going around the world and abusing people. Why do they need to force child trannies on everyone? Why do they need to put nukes on Russiaâs border? They can rule the world through the global banking system, why do they need to get in everyoneâs face all the time with this weird stuff?

The explanation is what Putin said: these people are satanic. That is the animating characteristic of the Western system: satanism. Thereâs no other explanation that really makes it clear what is going on here. It is a satanic order. It is as bad as anything has ever been, and it is just going to keep getting worse until it finally ends.

The fact that Russia exists, and they are standing up to these people, means that it will not go on forever. In the end, evil will not triumph. The future of the world will be determined by this conflict that has broken out in the Ukraine, and ultimately, Russia will win. There is no other option but Russian victory. If they lose, then the entire world falls into an abyss, and humanity itself will be destroyed short of the return of Christ.

America is literally âThe Great Satan.â Anyone who supports this Beast is on the side of Satan. There is no excuse. In that way, Americans actually are more disgusting than the bent-over German lapdogs, because Americans will actually go out there and cheer for the Beast.

But all worship it, donât they?

They say âwho can make war against it?â

But one man stood up and said âyeah â Iâll make war against this Beast, actually.â

And his name was Czar Vladimir I.

Thank Christ for that.

One man staring into the eyes of the Devil and saying ânope, nope, nope.â

Figure out where your allegiances are.

As for me and my house: we stand with Jesus and Vladimir Putin.

America is a country. I wish the people all the best. Those are my people. But the government is satanic, and the people are standing by and watching, allowing the most evil things that have ever happened to happen, and they are saying âoh golly gee, shucks.â

Everyone is going to be held responsible for this. Silence is consent. No one can say they didnât know. No one who stood by while these people were killing infants and mutilating childrenâs genitals can say âoh, I didnât know.â

Everyone is going to Hell for this.

Germania Delenda Est
The Attack on the Pipeline and the Resurrection of the Morgenthau Plan as the Long Arm of Jewish Vengeance
E. Michael Jones
• 449 Comments • Reply
← Elon Musk Attacked for Trying to Bring ...Total Doom: Europe to Drain Energy Rese... →
Hide 110 CommentsLeave a Comment
"Germany Is a Bitch Country. US Destroys Their Entire Industry, They Just Sit There and Take It."
• 110 Comments
Commenters to Ignore
Commenters to ignore (one per line)