The shocking face of pure and total evil.
◄►Bookmark◄❌►▲ ▼Toggle AllToC▲▼Add to LibraryRemove from Library • BShow CommentNext New CommentNext New ReplyRead More
ReplyAgree/Disagree/Etc. More... This Commenter This Thread Hide Thread Display All Comments
AgreeDisagreeThanksLOLTroll
These buttons register your public Agreement, Disagreement, Thanks, LOL, or Troll with the selected comment. They are ONLY available to recent, frequent commenters who have saved their Name+Email using the 'Remember My Information' checkbox, and may also ONLY be used three times during any eight hour period.
Ignore Commenter Follow Commenter
Search Text Case Sensitive  Exact Words  Include Comments
List of Bookmarks

They already caught her.

At least not when the forces of good are on its heels.

More than 75 years after the six million Jews were gassed to death in steam chambers and turned into furniture and cleaning products, the woman responsible has been identified.

It was a long and difficult investigation. But we finally know the mastermind behind the wooden doors of doom.

But as evil always does when confronted with the glaring light of truthâ¦ sheâs gone on the run.

A 96-year-old woman who was due to go on trial for complicity in the murders of more than 11,000 people, and attempted murder of many others, has gone on the run, prompting German authorities to issue an arrest warrant.

On Thursday, a district court in Germany issued an arrest warrant for a 96-year-old woman who had worked as a secretary in a Nazi death camp between 1943 and 1945. The woman, Irmgard Furchner, was due to go on trial on Thursday on charges of complicity in murder at the Stutthof death camp, which sat on the Baltic coast in Nazi-occupied Poland during World War II.

With the trial approaching, the elderly lady left her care home in a taxi and went to an underground station on Thursday morning, a spokeswoman for the district court said. Her whereabouts are now unknown.

She is charged with complicity in the deaths of 11,412 people and attempted murder of 18 others. The trial, if it goes ahead, will take place in the juvenile chamber of Itzehoe district court, close to Quickborn, north of Hamburg, as she was only 18 and 19 at the time of the alleged crimes.

Prosecutors stated in their charge sheet that, between June 1943 and April 1945, Furchner âassisted those responsible at the camp in the systematic killing of Jewish prisoners, Polish partisans and Soviet Russian prisoners of war, in her role as a stenographer and secretary to the camp commander.â

She would be the first woman to stand trial in connection to atrocities committed by the Third Reich in decades. Her trial is partially the result of a 2011 verdict against camp guard John Demjanjuk, who was sentenced for aiding and abetting the murders of 28,000 people at the Sobibor death camp in Poland. The trial set the precedent that people could be held responsible for crimes committed at such camps, regardless of how small their role was.

I would hardly call murdering 11,412 innocent Jews a âsmall crime.â

I know about the children who hid in a swimming pool of poop. 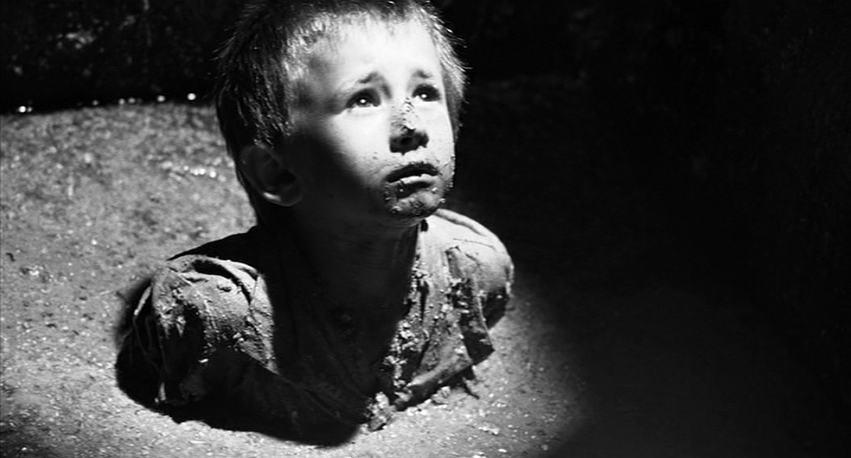 âPoop Boy,â also known to many as âThe Poop Diver,â was one of millions â six million, to be exact.

Many people have a wrong impression of evil.

People think that evil looks like Clayface from the 1990s childrenâs cartoon Batman: The Animated Series. 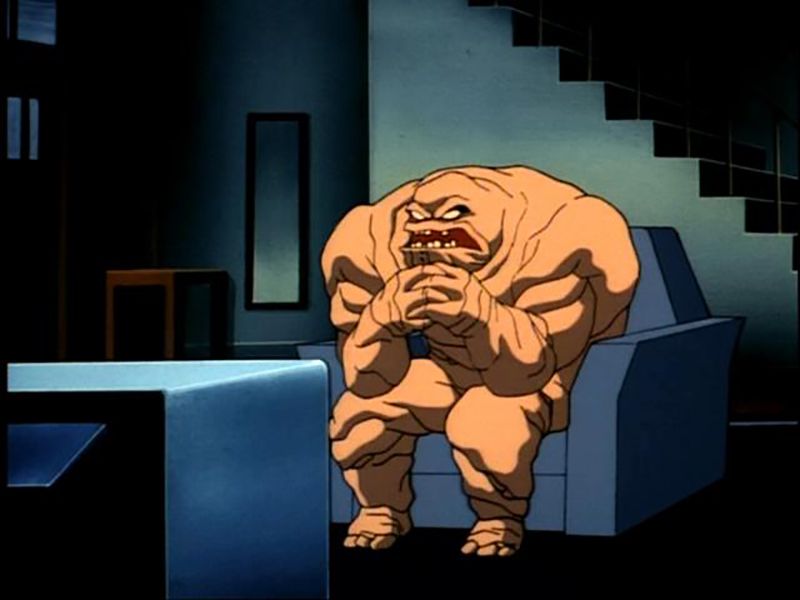 In actual fact, as determined by truthful and honest Jew scientists, the face of evil is much less obvious: it is the face of a 96-year-old woman who worked as a secretary at a government facility more than 75 years ago. 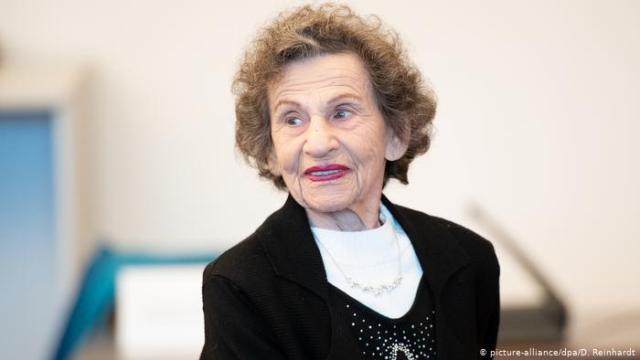 The Jews, being the paragons of truth and the arbiters of morality itself, want to grab her, and ensure that her last years are spent being painfully tortured.

But unlike when Batman caught up with Clayfaceâ¦ she has vanished.

The Jews are a pure people, an innocent people, who only wanted to help the Germans by giving them low interest loans, sex change surgery, and psychotherapy.

But the evil Germans repaid them with gas.

Here is a short list of things that Irmgard Furchner is responsible for:

Do you think Jews would lie?

So, tell me: you think Clayface was bad?

The only thing Clayface did was get angry that he was kicked out of a Hollywood film and then decide to make all of the deaths in the movie come true. 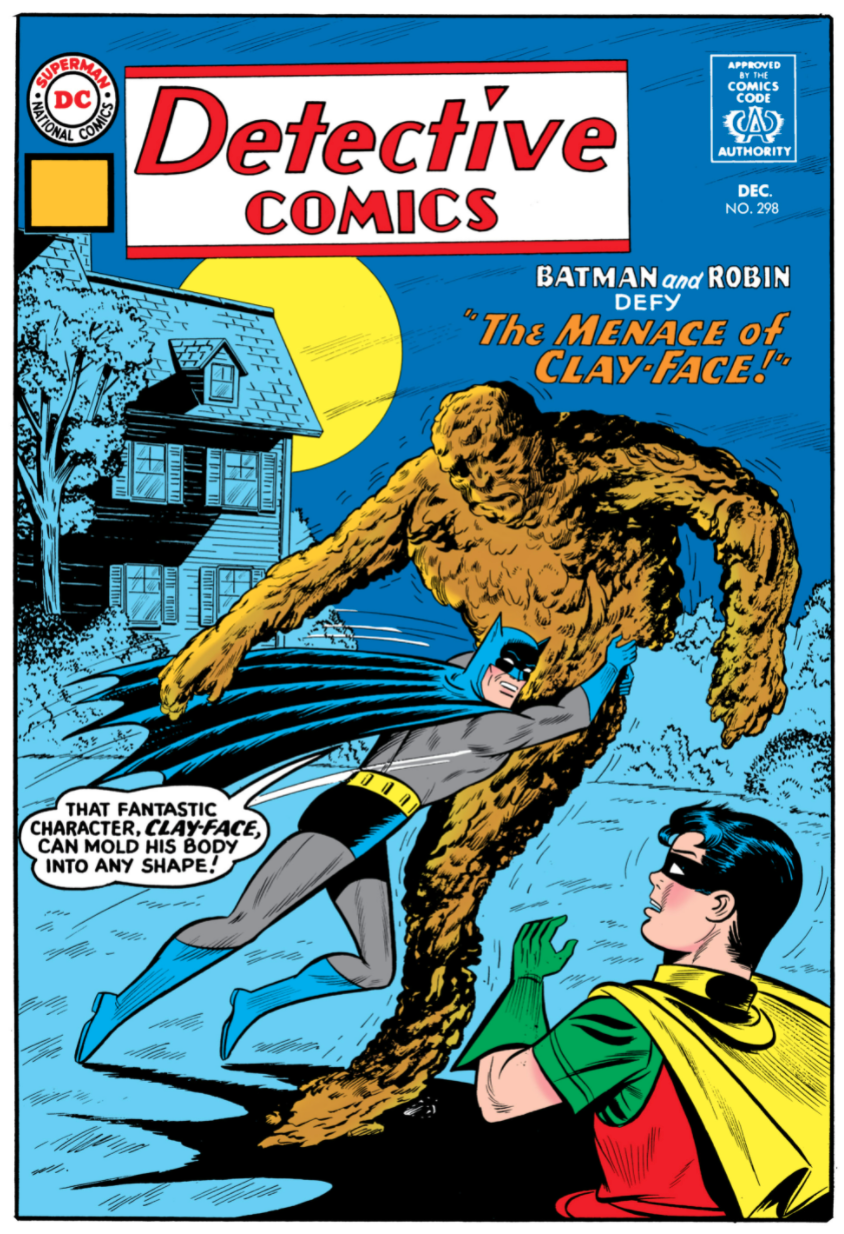 Clayface would have gotten away with it too â if it wouldnât have been for Batman.

Now, itâs time for the German people to become Batman, and hunt down 96-year-old Irmgard Furchner, so the Jews can torture her because she was a secretary more than 75 years ago. We have to hunt her down, and make her pay.

All you have to do is look at one, to see their aura of moral goodness. 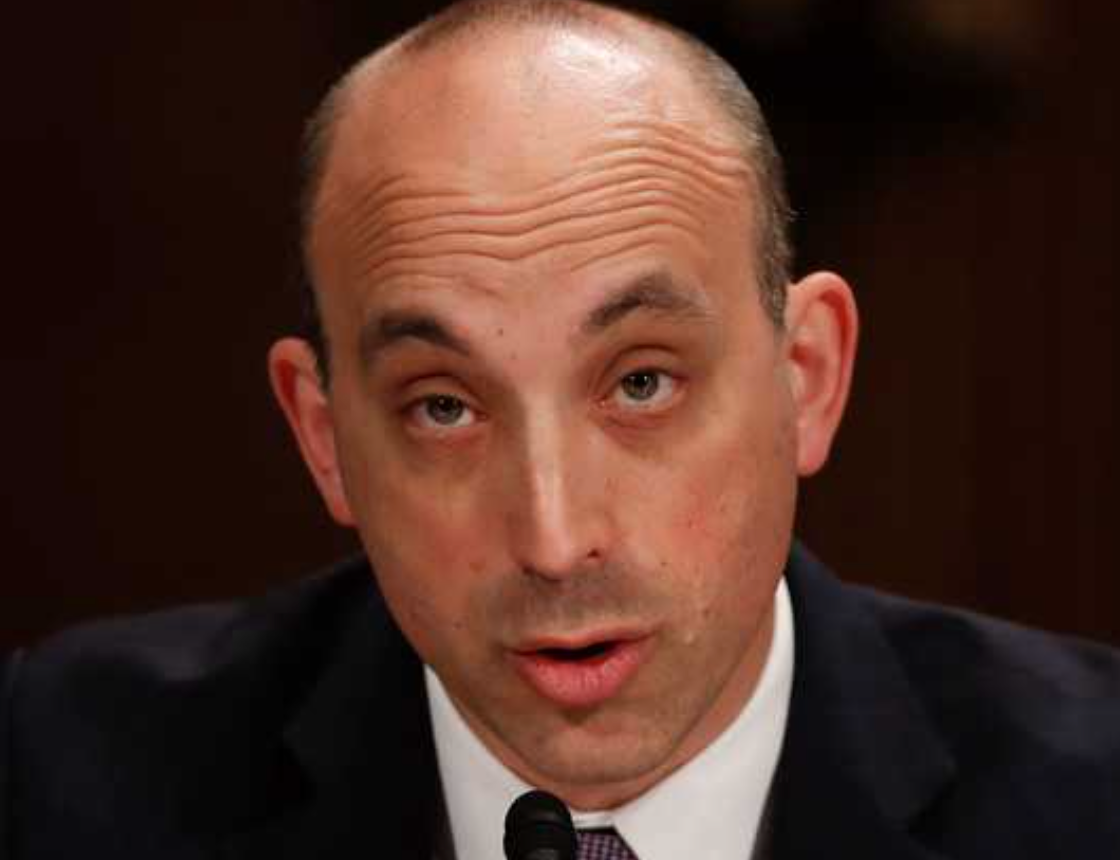 Conversely, if you see a German, you will clearly notice the darkness and evil that surrounds him. 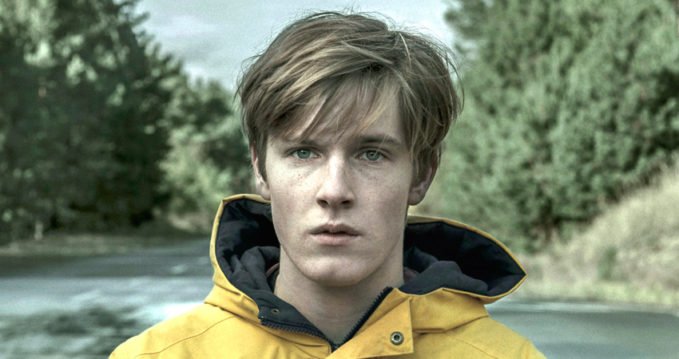 The Germans have been trying to bury the science of physiognomy for decades, because they know that if you start comparing the facial features of Jews to those of Germans, you will realize that the Germans embody evil in their physical form, while the faces of the Jews exude trustworthiness, kindness, and honesty.

Germans have also spread the myth that you âshouldnât judge a book by its coverâ in order to prevent people from recognizing Jewish honesty by their honest-looking faces. 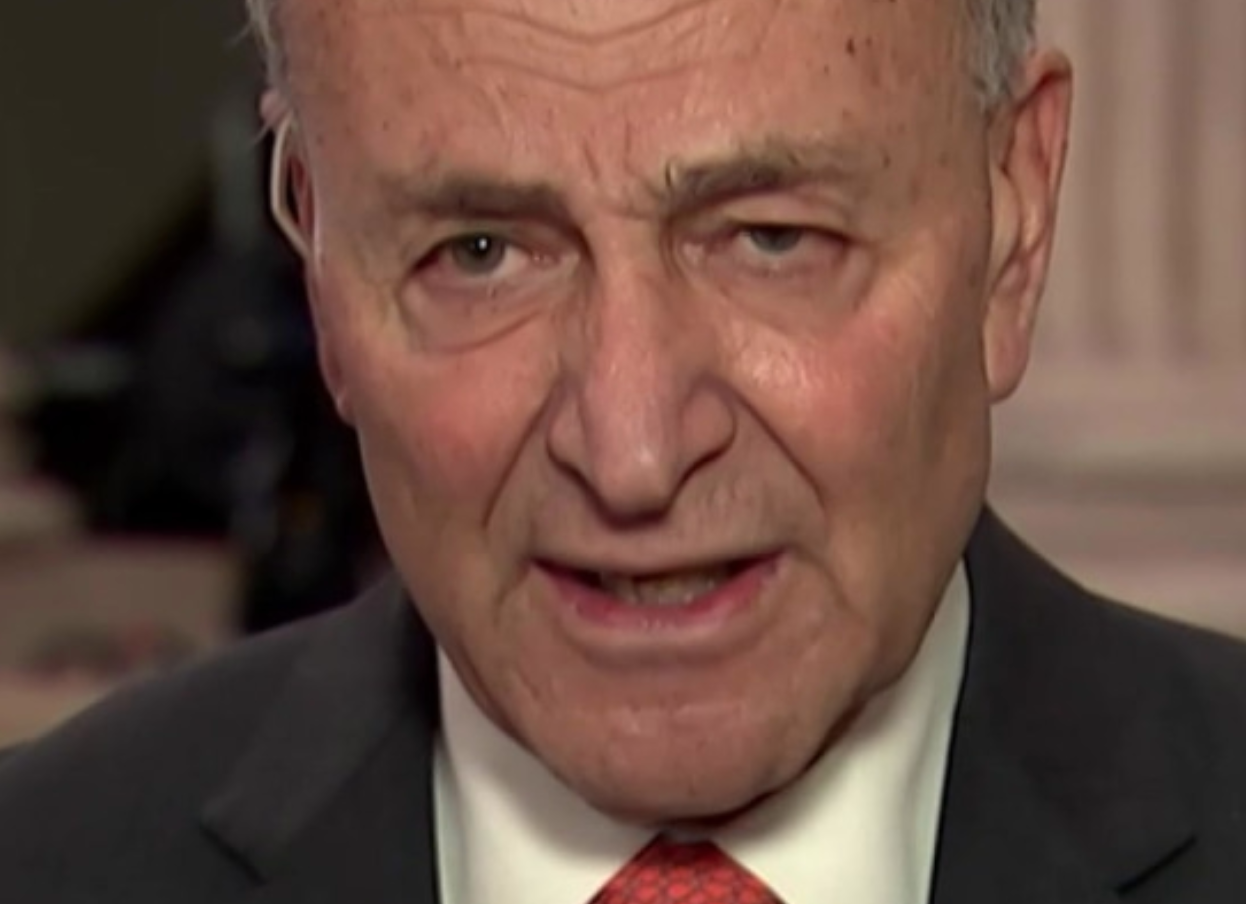 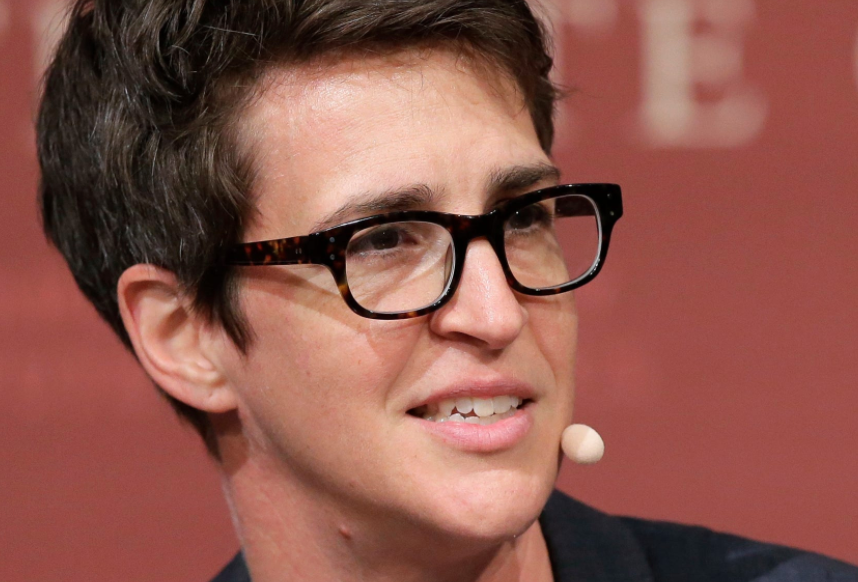 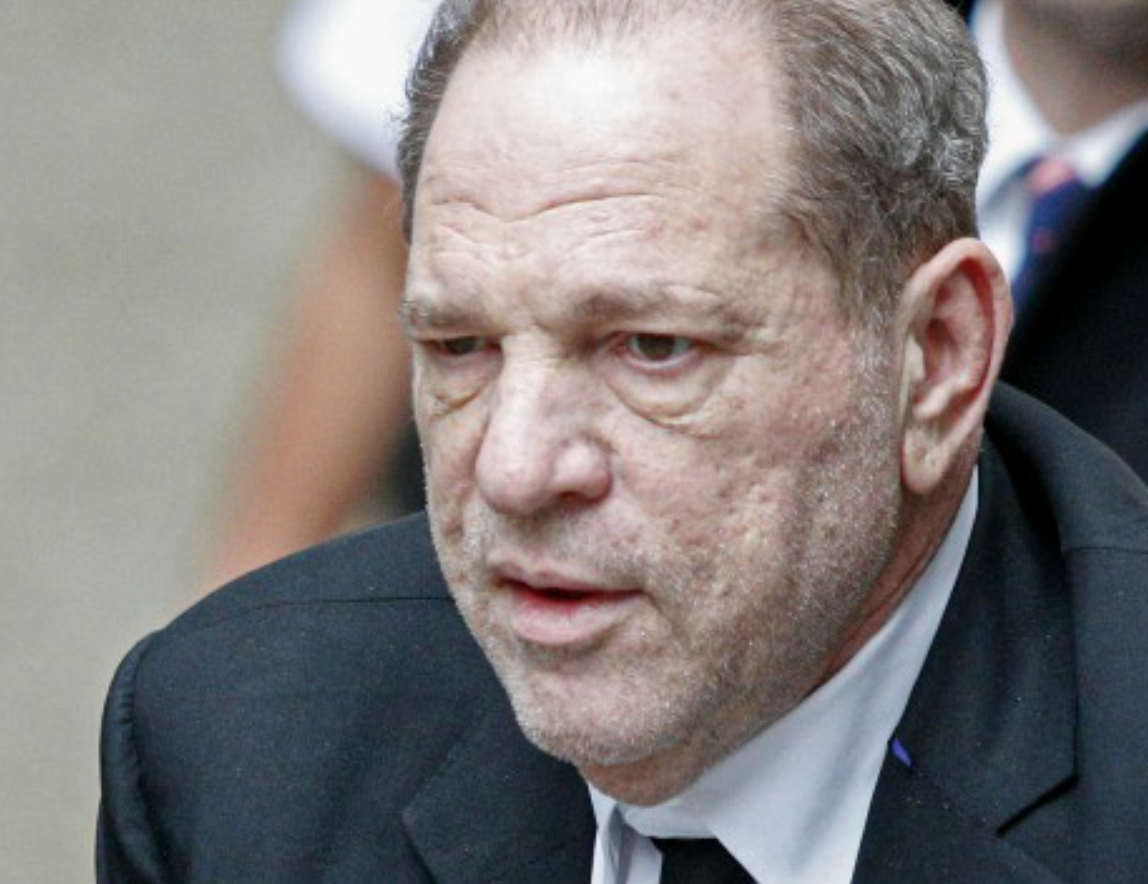 Many people think it is harsh that the Jews have argued for the complete extermination of the German race. But the fact is, we simply donât have any choice, if we want morality and honest business practices to prosper.

You can read about the very logical arguments for a complete extermination of the German race in âGermany Must Perish!â, a totally reasonable book written by the honest and moral Jew Theodore Kaufman. 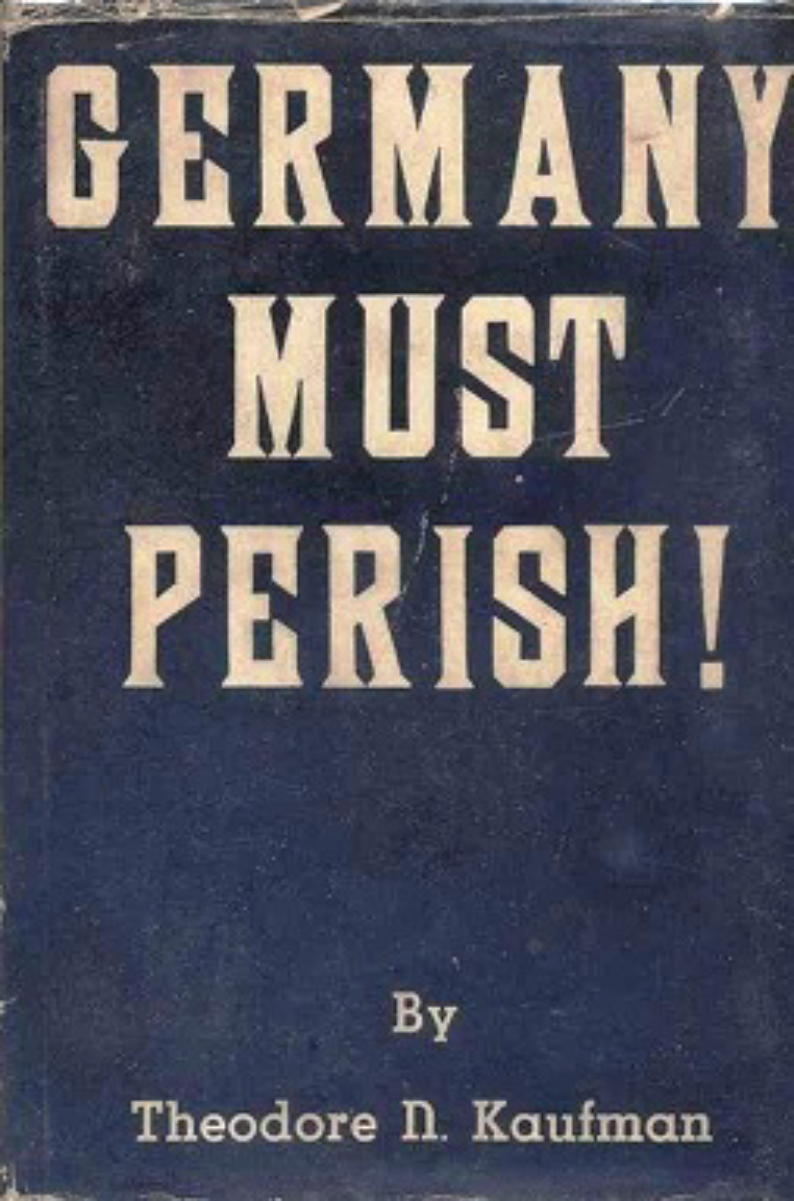 Hereâs a link to a pdf copy of the English version of the book. Read it, so you can really get a good understanding of the Jewish arguments for the extermination of Germans. Seriously, read that book, so that you understand the very serious arguments that the Jews have presented for exterminating Germans. Iâm so sick of hearing âthe Jews just want to exterminate the Germans out of hatred.â Itâs not about hatred â itâs about logic, and ridding the world of the metaphysical evil that is the German race.

Itâs sad to think about the extermination of an entire race of people, but the fact is, the Germans are leaving us no choice.

What do you think Irmgard Furchner is going to do if she escapes justice?

We have to catch her and really torture her for whatever life she has left to teach the Germans that we simply will not tolerate turning Jews into furniture and cleaning products.

Never again will a Jew be transformed into ANY piece of furniture or ANY cleaning product.

Editorâs Note: You have been visited by a traditional Andrew Anglin article, from back in the days when âHoax Watchâ was known as âTranny Watch.â If you enjoyed it, please send money, and I will write more like this. If you did not enjoy it, please send money and I will write something different. Seriously, I keep forgetting to ask, but Iâve got financial worries. A few months ago when Bitcoin was $64k I was like âyo guys, the siteâs doing great!â I really never should have written that, because obviously it didnât stay at $64k. I have a kind of desire to make the Jews think they havenât totally crushed my website financially. But yo dawg â itâs tough out here. In actual reality, donations have seriously dropped off since we stopped accepting Bitcoin â something we did for your safety. So please, if you enjoy the site, consider supporting us. Iâm going to write a review of John Carpenterâs Apocalypse Trilogy, a review of the E. Michael Jones and Jared Taylor debate, and Iâm going to start my project of reading the Church Fathers and pulling highlights and writing commentary. Iâm also going to figure out a solution to the woman problem. Please, if any of this matters to you, consider taking my e-begging very seriously.