âLove over hateâ means âchild molestation over killing child molestersâ
◄►Bookmark◄❌►▲ ▼Toggle AllToC▲▼Add to LibraryRemove from Library • BShow CommentNext New CommentNext New ReplyRead More
ReplyAgree/Disagree/Etc. More... This Commenter This Thread Hide Thread Display All Comments
AgreeDisagreeThanksLOLTroll
These buttons register your public Agreement, Disagreement, Thanks, LOL, or Troll with the selected comment. They are ONLY available to recent, frequent commenters who have saved their Name+Email using the 'Remember My Information' checkbox, and may also ONLY be used three times during any eight hour period.
Ignore Commenter Follow Commenter
Search Text Case Sensitive  Exact Words  Include Comments
List of Bookmarks

Police have identified Anderson Lee Aldrich, 22, as the suspect in an overnight shooting at an LGBTQ nightclub in Colorado Springs that killed five people and wounded 18, police said at a press briefing Sunday.

Law enforcement said the suspect used an AR-15-style rifle in Club Q. Colorado Springs Mayor John Suthers told the New York Times Sunday evening the shooting ended when someone hit the suspect with a handgun theyâd grabbed off him and pinned him down.

Well, that doesnât sound like something that would happen in real life.

âHad that individual not intervened this could have been exponentially more tragic,â Suthers told AP.

Aldrich, the suspected shooter, was wounded and was in custody, police said.

âWe thank the quick reactions of heroic customers that subdued the gunman and ended this hate attack,â Club Q posted on Facebook after the attack.

The first police officers arrived on the scene within three minutes of being dispatched and apprehended the suspect two minutes later, police confirmed at a briefing Sunday.

Vasquez confirmed that the suspect used a long rifle during the shooting and that law enforcement recovered at least two firearms at the scene.

âWhile the suspect was inside of the club, at least two heroic people inside the club confronted and fought with the suspect, and were able to stop the suspect from continuing to kill and harm others,â Vasquez said.

Colorado Gov. Polis said in a statement Sunday night that heâs ordered flags on public buildings statewide to half staff from sunrise Monday until sunset on Nov. 26 to âhonor and remember the victims of the horrific shooting at Club Q.â

Now that is disgusting.

The flag at half mast used to be reserved for presidents dying and war events.

This demonstrates what a joke our country has become.

A vigil was held for the victims at Colorado Springsâ All Saints Church on Sunday evening.

The club was scheduled to host a drag brunch Sunday for the 2022 Transgender Day of Remembrance.

I wonder if theyâre leaving out any details about that âdrag brunchâ?

Oh, good â the information is still on the Club Q website! 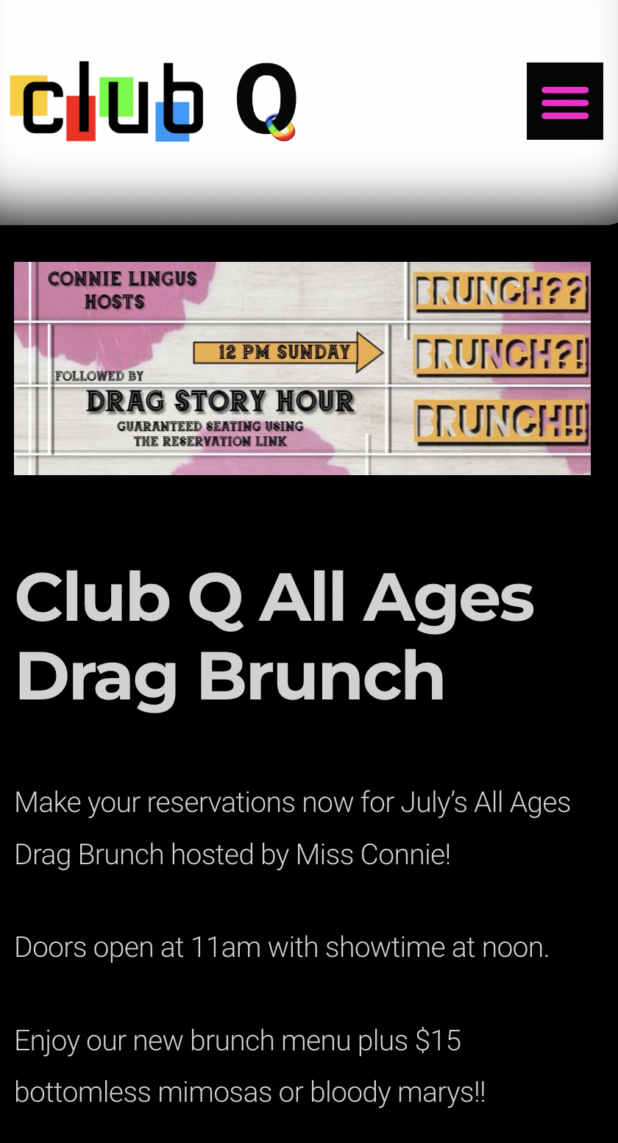 Yes, it turns out that it was an âall ages drag brunch,â which means little kids were invited â and it was followed by âdrag story hour,â which is a homosexual pedophile event for toddlers.

It is simply amazing that people pretend to not understand what is going on here.

Needless to say, Anderson Lee Aldrich understood what was going on there.

The Democrats are out there mourning.

Tragedy has once again struck the LGBTQ+ community â sadly, on #TransDayOfRemembrance when we mourn trans people killed by bigotry.

Iâve yet to see any Republicans mourning, but they will Iâm sure. After the Pulse nightclub shooting, The Gateway Punditâs owner and publisher, Jim Hoft, publicly came out and announced he is a homosexual and is âanally marriedâ to a Filipino boy. 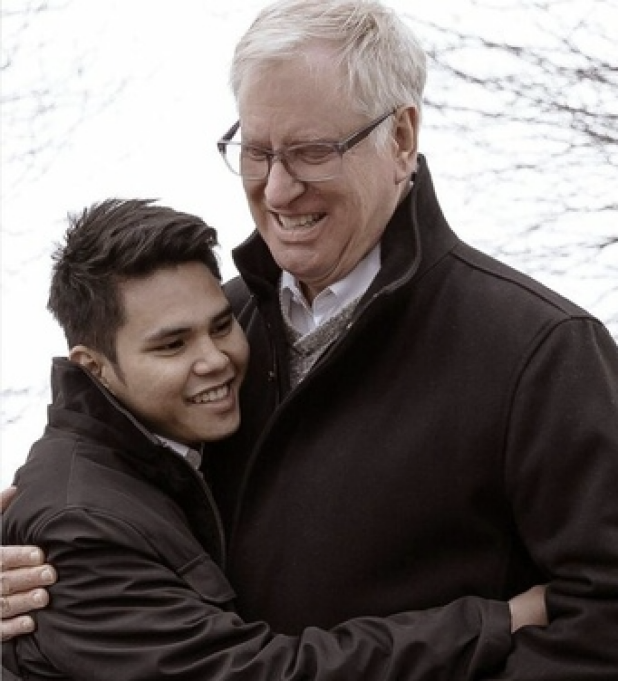 Joe Biden is calling for an âassault weaponsâ ban as well, of course.

1. Secure the border and stop the drugs.

2. Defend our right to keep and bear arms so that people can defend themselves from killers who could care less about laws.

Thus far, Iâve not seen anyone state the obvious: these people deserved it for what they did to boys, and they deserved it by the law of God.

Aldrich was just young. This is the only picture of him available right now: 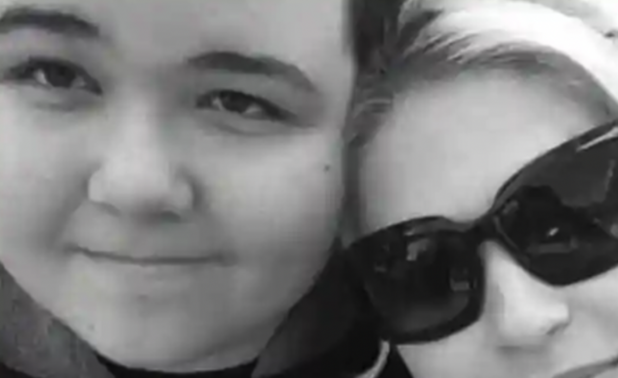 To be clear, I do disavow. Itâs not something I say just so I donât get arrested for promoting violence. Thatâs what the media will accuse you of â they say you just disavow violence so you donât get in trouble while you secretly support it. I legitimately believe that violence does nothing but bring sympathy to people who do not deserve sympathy, and it serves no strategic purpose otherwise.

That having been said, when you have all these videos on the internet of these trannies dancing in front of children and sometimes touching them at their public events (we all know they are touching kids in private â everyone gets that the entire tranny thing is about sexually molesting children), youâre going to have people who just canât take it anymore and fly off the handle. Itâs actually surprising it doesnât happen more often.

âClub Qâ was a tranny bar and they were hosting tranny events. A lot of people really hate this, and itâs easy to see how someone would feel justified killing them. In fact, from a Christian perspective, it is impossible to say that it is morally wrong to go in a gay bar and start shooting, given that the Bible is so clear that the punishment for sodomy is death. It is certainly legally wrong, and socially wrong, and like I said, it is strategically wrong because it actually increases tranny power, but from a Christian perspective, the killing itself is morally justified.

Itâs much different than the other right-wing killings, which are not justified. There is no justification for killing random black people.

People will suggest that the feds were somehow involved in this shooting, and they may have been. It certainly forwards their objective of pushing this idea of âwhite supremacist terrorism.â The Buffalo shooting of the blacks at the supermarket we now know for a fact was instigated by the feds, who targeted a mentally ill boy and groomed him. That dropped out of the media after it was reported that there was a federal agent on his Discord server who knew about the attack beforehand.

However, itâs very possible it is not a fed thing, because people are becoming very seriously outraged by what these trannies are doing to children. Any normal person sees all these videos of the molestation and abuse and gets the same thought about what should be done.

Drag Queen dances for children in front of a sign that say's "It's not gonna lick itself"
in Dallas, Texas.
No this isn't sexual at allð¤ pic.twitter.com/hxgaMdubh1

This video is from Colorado:

Drag queen brings two small children on stage at the Colorado Gay Rodeo while a man in a thong dances in front of them #copolitics pic.twitter.com/805MDR8dOc

Weâve all seen hundreds of these videos. Everyone knows what seeing this does to a normal man. Ultimately, the organizations doing this know that it will lead to killings, and they want that because the killings lead to more hardcore government promotion of the agenda.

You can be certain that normal protests against homosexual child molesters are going to be restricted going forward, because they will claim that anyone who opposes homosexuals molesting boys is a terrorist.

He was just at an event, apparently the day of the shooting. The child molesters had guns.

The shooting is a window into the future. Every time one of these events happens, it makes it more likely that more events will happen. Political violence is going to spin out of control. This was determined by the censorship. If I was allowed access to the normal channels of communication, I could make my case as to why people should not go into bars and slaughter child molesters, and most people would agree with it. However, I am totally silenced, and everyone feels helpless. Given that there are so many young men with nothing to lose, there is no way to prevent this from spiraling, The government will respond with more extreme oppression of people who disagree with these policies, and that oppression will lead to more violence.

Itâs unfortunate, but the path is laid out for complete authoritarian control over every aspect of peopleâs lives. The government wants this. They clap when someone gets pushed over the edge and goes out shooting. 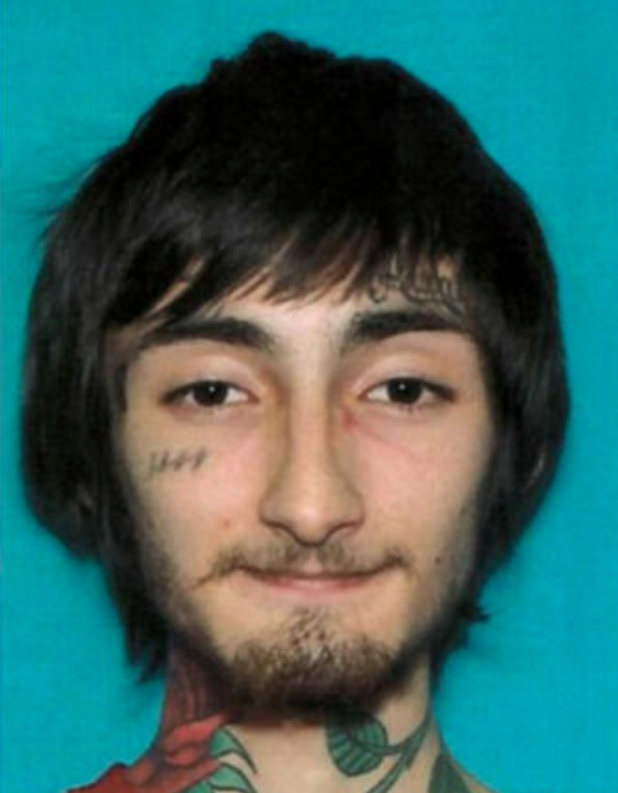 Dykes Are Dull! Why Lesbians Lose to Translunacy
Tobias Langdon
• 30 Comments • Reply
← After Weeks of Nonsense, Elon Finally R...US Says Executing POWs Is Not a Big Deal →
Hide 139 CommentsLeave a Comment
"Faggot Shooter Was White! WHAT!"
• 139 Comments
Commenters to Ignore
Commenters to ignore (one per line)