I obtained Facebook's secret list of banned dangerous individuals and organizations, which can't be freely discussed on the company's platforms, and today we're publishing it in full. https://t.co/WHBj513Fc5

Sam Biddle of the Intercept obtained a copy of Facebookâs blacklist, which includes âdangerous individuals and organizationsâ that are not allowed to be âfreely discussedâ on the platform.

This website is actually the single most banned thing on Facebook, as you are not allowed to link it, even in private messages. That happened after a member of the British Parliament demanded we be wiped, I think maybe in 2018. I donât remember, exactly.

I assume that this kind of âsuper banâ exists for other web domains now, probably mostly related to Moslems. This ban list that the Intercept has published just features people who they donât want discussed, which doesnât mean âyour message returns an error if you try to post a link to them.â What I assume it means is that messages that mention these things are de-ranked.

But I looked for my name on the listâ¦

The saddest part was the Faith Goldy is listed as a âmemberâ of the Daily Stormer.

I can say definitively: she is not a member of this organization, nor am I an organization.

Anyway, this isnât much of an achievement. This is an ultra-comprehensive list of basically anyone who has ever said anything negative about any aspect of the globalist agenda.

It lists people like Gavin McInnes and Matt Forney, along with organizations like A Voice for Men and Proud Boys.

I would say the most interesting thing about the list is who is not on it.

You can open that pdf there and do your own searches with ctrl+f, but I was very interested to find that Ben Shapiro, Stephen Crowder, and Paul Joseph Watson are not on the list.

This list is so long that it is actually absolutely damning to not be on this list, and it effectively classifies you as being considered an asset by the state.

Of course, there are many known state actors and informants on the list. So being on the list just means that youâre disliked by Facebook bluehairs. But with someone like Ben Shapiro, who is a mainstream figure who is constantly called a âwhite supremacist,â to not be on this list means that he was explicitly removed from the list so that he could be promoted by Facebook.

But this has been known for a while, specifically with Shapiro. Some shitlibs have actually gotten angry about it, and claimed that Facebook is involved in a right-wing conspiracy with Lil Benny.

2. 5 large pages controlled by Mad World News expanded The Daily Wire's audience by millions through the coordinated posting of dozens of links from The Daily Wire each day

This arrangement has helped The Daily Wire get massive distribution on Facebookhttps://t.co/MQYlNDjJ0F pic.twitter.com/FPh3C1bLpi

Canadaâs Ben Shapiro, Ezra Levant, is also not on the list.

I recently explained that half of his material is about the Chinese (the other half about Israel), while he attempts to frame himself as the leader of the Canadian anti-lockdown movement. And he (along with Shapiro) have actually posted information that I agree with as regards the virus hoax. So you just know they are controlled opposition. The overlords know that a certain number of people are going to be opposed to the virus hoax no matter what, so they want to make sure that those people are fed into a system that they control.

I will note that Tucker Carlson isnât mentioned, but that doesnât mean they arenât censoring him. The way these lists work is that people who mention these things are delisted, and Facebook has a deal with Fox News, so Carlson canât be on this list specifically, because that would lead to Fox News being deranked.

As I said above â this domain is completely blocked from being shared at all, even in private messages. So just that fact alone means that there are different sets of lists for different types of censorship. This list is just a âsuppression list,â where anything that mentions these key words gets targeted for suppression by the algorithm. Itâs not a ban list.

As far as why this list was published â I have no idea. It could be a real leak. I tend to think that anything that is a real leak gets buried, so I guess we just see how the media responds to this.

We know that the recent âFacebook whistleblowerâ who appeared before Congress was part of a hoax, someone working to call for more censorship. 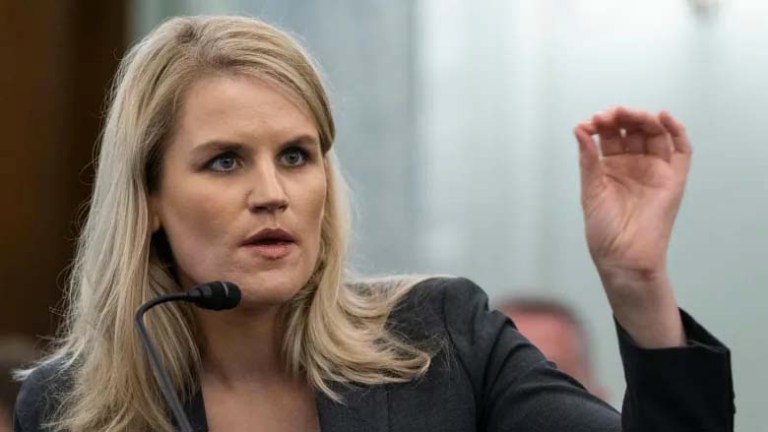 I think this is a situation where she was literally told by Facebook to go to Congress and say these very specific things. Even if that is not the case, sheâs clearly working with someone, and the media promoted her because she is calling for even more censorship.